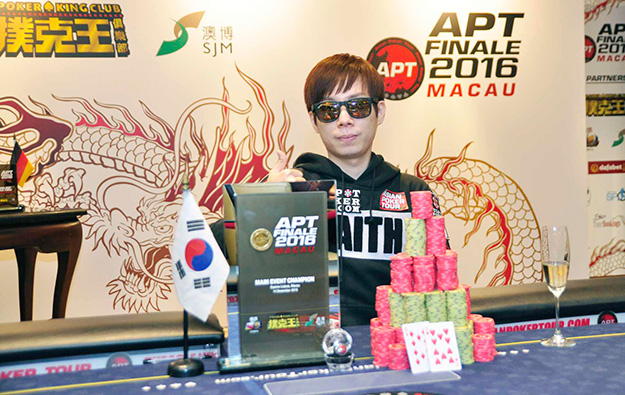 The main event featured a total of 273 entries – the largest APT main event field recorded for 2016 – and a total prize pool of HKD2.62 million, the release added.

Throughout the 2016 calendar year, Mr Kim had already won a total of eight APT side events.

The APT Finale Macau 2016 was held from December 7 to 15. The tournament was hosted in partnership with the Poker King Club and Macau-based casino operator SJM Holdings Ltd, and took place at Casino Lisboa, a SJM Holdings’ property.

The Asia Poker Tour was founded in 2008 and held its first event in May that year, in Manila. It has staged several major events and numerous smaller tournaments mainly in the Asia Pacific region.

The tour’s 2017 edition kicks off on January 11, at Resorts World Manila in the Philippines.

Macau’s casino gross gaming revenue (GGR) for the first five days of February is estimated at MOP1.9 billion (US$235.1 million) – or MOP380 million per day – a level that suggests a “45... END_OF_DOCUMENT_TOKEN_TO_BE_REPLACED