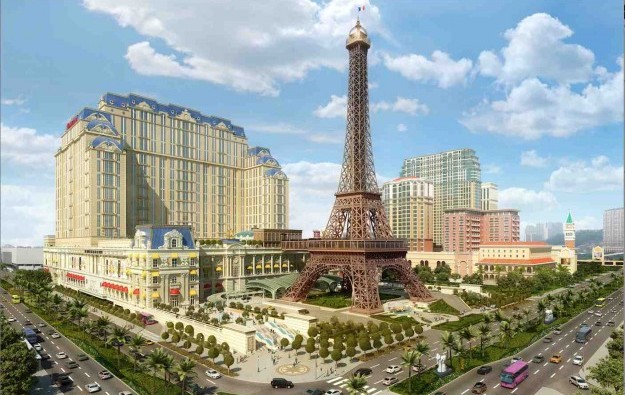 Macau-based casino operator Sands China Ltd on Monday announced that an indirect, wholly owned subsidiary called VML US Finance LLC has entered into a new term loan for US$1 billion. The names of the lenders were not disclosed.

The new term loan bears interest at either – depending on the borrower’s preference – an adjusted Eurodollar rate or at HIBOR (Hong Kong Interbank Offered Rate), plus a credit spread; or an alternative base rate plus a credit spread, the company said in a filing to the Hong Kong Stock Exchange.

The financing will be used to fund the company’s projects in Cotai and for working capital and other general corporate purposes.

Sands China, a subsidiary of U.S.-based Las Vegas Sands Corp, currently is building a US$2.7-billion casino resort in Cotai. The Parisian Macao (pictured in an artist’s rendering), to feature a scale replica of the Eiffel Tower, will open “some time” in 2016, the firm said in January.

In March last year, Sands China announced an amendment and restatement regarding its existing credit facilities for new revolving loan commitments of US$2 billion. A portion of those proceeds were at the time used to repay around US$820-million of existing debt.

The maturity date of the new term loan announced on Monday is March 2021.

Last week, another Macau casino operator – MGM China Holdings Ltd – announced it was expanding its credit facilities. The new agreement increased MGM China’s credit facilities by US$1 billion, to an aggregate of US$3 billion, and extended the maturity by 18 months to April 2019, the parent company MGM Resorts International said.

Macau’s casino gross gaming revenue (GGR) for the first five days of February is estimated at MOP1.9 billion (US$235.1 million) – or MOP380 million per day – a level that suggests a “45... END_OF_DOCUMENT_TOKEN_TO_BE_REPLACED