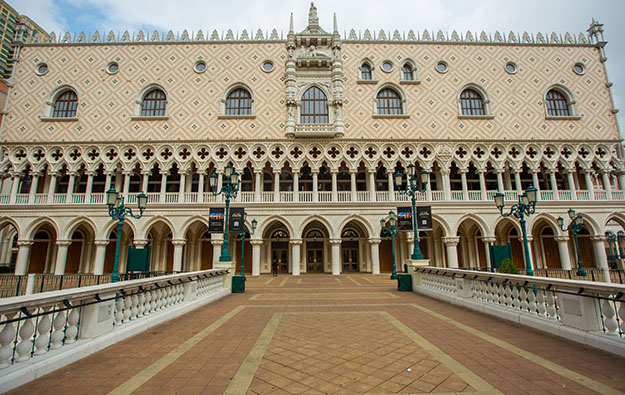 Macau casino operator Sands China Ltd says it made a bigger net loss in April, via upped impact from the Covid-19 pandemic, than it did for the first three months of 2020. And it expects a similarly-poor performance in May.

April revenue was only US$9 million, a decrease of 98.7 percent on the US$700 million the firm said it managed in April 2019. April 2020 expenses by contrast amounted in aggregate to US$200 million, according to the company.

The actual April 2020 net loss was US$180 million, versus US$166 million for the whole of the first quarter, said Sands China. The first-quarter results cover a period when the Macau market was in a better shape, before the introduction of travel restrictions as part of efforts to stem the further spread of the coronavirus pandemic.

Due to the “continuing impact of the Covid-19 pandemic,” Sands China recorded a US$105-million loss on its adjusted earnings before interest, taxation, depreciation and amortisation (EBITDA). That compares with an aggregate adjusted property EBITDA of approximately US$239 million in April 2019.

“Based on the preliminary information available, net revenues, operating loss, net loss and adjusted property EBITDA loss in May 2020 were not materially different relative” from those of April, said the firm.

It said the filing contained extracts of information it had distributed to “fixed-income investors,” in order to “ensure that all holders of, and potential investors in, our company’s securities have equal and timely access” to relevant material.

A note the same day from JP Morgan Securities (Asia Pacific) Ltd said there were “no surprises” in the update.

Sands China said in the update it had “taken various mitigating measures to manage [the business] through the current environment, including a cost reduction programme to minimise cash outflow of non-essential items”.

Sands China further noted it had borrowed an aggregate of US$404 million under the 2018 Sands China Ltd revolving credit facility during April and May this year.

“Sands [China] had US$2.41-billion of liquidity as of 29 May 2020 (including US$1.6 billion available under revolver), down from US$2.8 billion at end-March given monthly cash-burn of US$195 million (including development capex),” stated JP Morgan analysts DS Kim, Derek Choi and Jeremy An.

The casino firm estimated in its filing that its monthly run-rate of costs amounted to US$200 million. They included operating costs of approximately US$110 million; development and maintenance capital expenditure of US$65 million; and approximately US$25 million for interest expense.

On April 17, Sands China said its board had decided not to recommend payment of a final dividend for year ended December 31, 2019.

“Sands China believes it has a strong balance sheet and sufficient liquidity in place to fund its operations for 12 months in the current operating environment,” the firm said in its Monday update.

JP Morgan said the firm appeared to have “ample liquidity to survive 12 months of a no-revenue environment,” even if it pursued its scheduled work on converting Sands Cotai Central to the Londoner Macao and work on the Four Seasons suites.

Nonetheless Sands China warned investors that the “duration and intensity of this global health emergency and related disruptions are uncertain”.

It added: “Given the dynamic nature of these circumstances, the impact on Sands China Ltd’s consolidated results of operations, cash flows and financial condition in 2020 will be material.”

The firm further stated it could not foresee when the Covid-19 pandemic would end, or “when or how quickly the current travel restrictions will be modified or cease to be necessary and the resulting impact on the willingness of Sands China Ltd’s customers to spend on travel and entertainment”.

Macau casino GGR declined by 93.2 percent in May in year-on-year terms, according to official data released on Monday.

There are also general restrictions in the issuance of visas by the Chinese authorities for mainlanders to travel to Macau. Those that are permitted by mainland authorities to visit Macau must also be tested for Covid-19 before they can gain entry to the city.

Package tours from mainland China to Macau will resume on Monday, February 6, confirmed Macau’s Secretary for Economy and Finance, Lei Wai Nong, in a Friday press conference. The return of package... END_OF_DOCUMENT_TOKEN_TO_BE_REPLACED