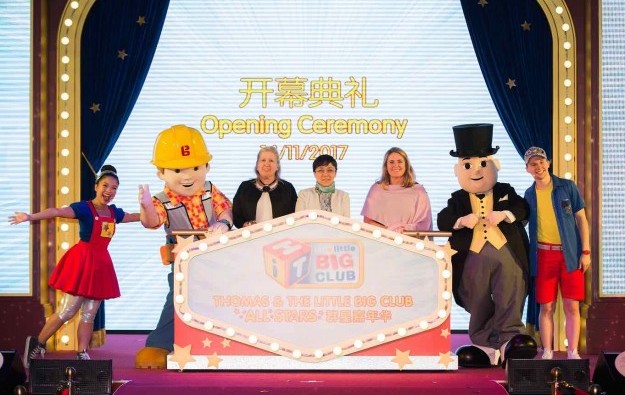 Macau-based casino operator Sands China Ltd is bringing in “Thomas the Tank Engine” and other “The Little Big Club All Stars” for its new “family-friendly” entertainment at Sands Cotai Central. The new offering was launched on Tuesday and will last until the end of March 2018, said the company in a press release.

The decision to draft in the characters from the children’s entertainment universe comes after the company ended last month a five-year partnership with California-based DreamWorks Animation SKG.

Under the previous deal, signed in 2013, Sands China was authorised to use cartoon characters from DreamWorks Animation for entertainment purposes in non-gaming areas at its Sands Cotai Central property, for what was branded the ‘DreamWorks Experience’.

According to Tuesday’s release, the new offering includes themed-breakfasts and birthday parties featuring “The Little Big Club All Stars” characters, a daily parade and opportunities for guests or their children to meet one-on-one with the characters.

Ruth Boston, Sands China’s senior vice president of marketing and brand management, said the “innovative offering again raises the bar for family-friendly entertainment in Macau, and is sure to be a big draw for guests of all ages”.

The press release did not mention however whether or not The Little Big Club characters might stay after March or be replaced by other offerings.

Macau’s Court of Final Appeal announced on Monday sentences in relation to a total of nine cases concerning debt claims involving junket operators based at local casinos. In all the cases, the... END_OF_DOCUMENT_TOKEN_TO_BE_REPLACED