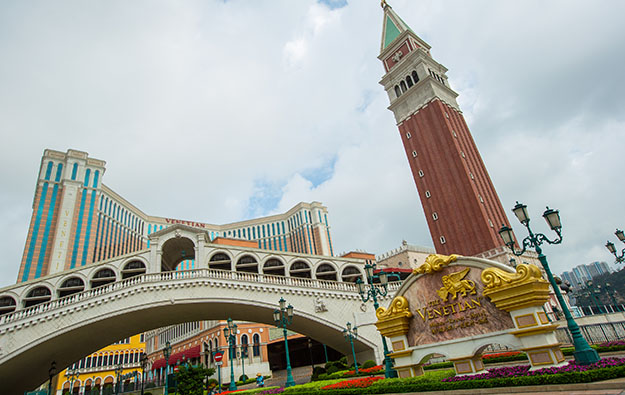 That would be linked to the firm reducing the ratio between net debt and earnings before interest, taxation, depreciation and amortisation (EBITDA), to 2019 levels.

“We forecast Sands China dividend… to resume only in 2024,” wrote Hong Kong-based analyst Vitaly Umansky of Sanford Bernstein in his Wednesday memo.

The casino operator last distributed dividends in February 2020. At the time, it paid an interim dividend of HKD0.99 (US$0.127) per share. The payment amounted in aggregate to US$1.03 billion.

Sands China’s gaming rights in Macau are due to expire on June 26 this year. Investment analysts have repeatedly stated they expect the brand to be permitted by the Macau government to remain in the market after that date.

Such result would be helped in part by “limited capital expenditure commitment over the next few years,” after a sustained period of the Sands brand building resorts in Macau during the course of its existing 20-year licence.

Sanford Bernstein’s Wednesday note said Sands China and related entities – controlled by United States-based casino group Las Vegas Sands Corp – had invested “US$14.5 billion” in Macau “over the last 20 years,” and held “over 30 percent… share” of a Macau market that is split between six licensees.

The Las Vegas Sands parent also controls the Marina Bay Sands casino resort in Singapore, as one half of that city-state’s casino duopoly.

Marina Bay Sands “was the single most profitable casino asset globally in 2019 and generated the highest EBITDA both in [U.S.] dollars and margin and can revert to those levels over the next two years as Singapore travel resumes,” wrote Mr Umansky.

The venue’s appeal from an investor perspective, was its “high margin and cash flow conversion with the property having generated approximately US$1.7 billion of EBITDA in 2019, at 54 percent EBITDA margin,” wrote Mr Umansky.

“We forecast EBITDA to return to over US$1.74 billion by 2024 and further increase to approximately US$1.9 billion in 2025, and be set for a significant jump once the Phase 2 expansion is complete after 2025,” he added.

In 2019 – coinciding with the extension of its duopoly rights until 2030 – Las Vegas Sands made a pledge to the Singapore government to spend SGD4.5 billion (US$3.3 billion) on expansion of Marina Bay Sands.

Separately, the management is engaging in a US$1-billion upgrade of its existing hotel space in Singapore, to be completed in phases over 2022 and 2023.

Macau recorded 965 “gaming-related” crimes in full-year 2022, down 29.7 percent on the 1,372 identified in the previous year, according to the latest statistics published on Tuesday by... END_OF_DOCUMENT_TOKEN_TO_BE_REPLACED