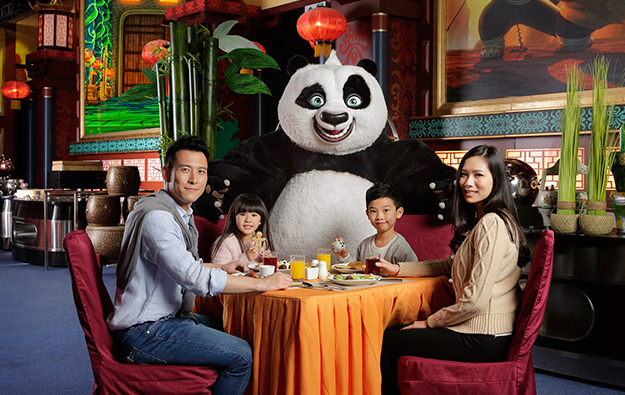 Under the deal, signed in 2013, Sands China was authorised to use cartoon characters from DreamWorks Animation for entertainment purposes in non-gaming areas at its Sands Cotai Central property, for what was branded the ‘DreamWorks Experience’.

The DreamWorks brand is known for hit film franchises including ‘Kung Fu Panda’, ‘Shrek’, ‘Madagascar’ and ‘How to Train Your Dragon’.

The DreamWorks Experience included themed-breakfasts and birthday parties featuring DreamWorks characters, a daily parade and opportunities for guests or their children to meet one-on-one with the characters.

“After an extended five-year engagement at the integrated resort… the DreamWorks Experience, including the ever popular Po’s Kung Fu Feast Character Breakfast, will enjoy its final weeks at Sands Cotai Central, with the last breakfast show to be held on October 8,” Sands China said in a release.

The firm did not elaborate on the reason for the end of the partnership.

“Over the past five years, Sands Resorts has enjoyed a great working relationship with the renowned DreamWorks Animation,” Ruth Boston, Sands China’s senior vice president for marketing and brand management, said in a statement included in the press release.

She added: “As an integrated resort we are continuously striving to bring new and exciting entertainment to our resorts for our guests, visitors and in particular our family market to enjoy. As such we are currently looking for new family themed offerings of the same calibre for all of our guests to experience.”

Robert Goldstein, president and chief operating officer of Las Vegas Sands Corp – the parent company Sands China – told an investor conference in June that Sands Cotai Central needed some refurbishment and that the company was already working on some plans to create fresh consumer interest in the property.

DreamWorks Animation also has a partnership in the Philippines with casino operator Melco Resorts and Entertainment Ltd for casino resort City of Dreams Manila. The property features several non-gaming attractions based on hit films from DreamWorks.

Pragmatic Play Ltd, an online gaming content provider, said in a Tuesday announcement it had created a 12-table live-casino studio on behalf of Stake, a partner operator. The latter betting brand is... END_OF_DOCUMENT_TOKEN_TO_BE_REPLACED