Sands China EBITDA up on lower net revenue in 3Q 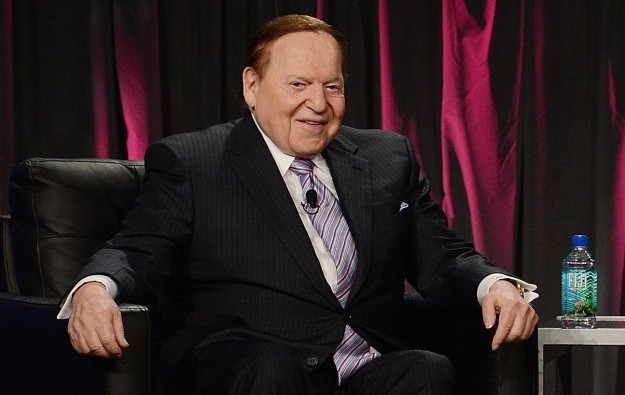 Analysts noted that competitive pressures in the so-called premium mass segment in Macau were increasing, and reducing margins in that sector.

Management on the earnings call also made reference to “all the things going on in Hong Kong,” a commentary on recent protests there.

Kenneth Fong of Credit Suisse AG in Hong Kong noted: “Management outlook is optimistic citing a strong grind mass segment performance, minimal impact from the smoking ban implementation and that the VIP market would gradually recover. That said, as revenue slows, management sees margin risk for the premium mass segment. So far, we haven’t noticed any significant step up in mass market promotion from our channel checks.”

Cameron McKnight, of Wells Fargo Securities LLC in New York, stated in his commentary: “Management believes the smoking ban has been a non-issue but noted the [mainland China] corruption campaign likely continues.”

Sheldon Adelson (pictured), chairman of Sands China and its parent Las Vegas Sands, stated on the earning conference call that despite “some obvious challenges in the VIP gaming segment in Asia,” the business had continued to execute strategic objectives during the quarter.

He added: “We have experienced cyclicality in Macau in the past and we believe that the current softness in the environment in Macau today is also cyclical, and that it’s only a matter of time before the cycle reverses itself.”

In other developments, Mr Adelson indicated the Parisian Macao, the US$2.7 billion new property being completed on Cotai would have a soft opening of hotel rooms only, in November or December 2015, and a full opening, including the casino, in March 2016.

Asked by an analyst how many gaming tables the new casino resort would have, Mr Adelson reiterated his belief that operators would be rewarded with tables relative to the amount of non-gaming facilities they built, which he said was in line with previous statements by the Macau government.

He said his executives would soon negotiate “a separate project financing that will cover a lot of the cash” that had been used in the building of the Parisian Macao.

Mr Adelson said that Las Vegas Sands was “pursuing the potential for an IR [integrated resort] development in Japan with great enthusiasm and believe our unique convention-based integrated resort development model will bring meaningful benefits to Japan in terms of business and leisure tourism, employment and economic growth.”

He added he and management had also been “spending extensive time on the ground in Korea,” but added in response to an analyst that South Korea would be a more attractive market if locals were allowed to gamble.

Finally, Mr Adelson paid tribute to Michael Leven, who retires as the Las Vegas Sands president and chief operating officer at the end of the year.

“His ability to execute my vision for the company will always be appreciated,” said Mr Adelson.

Sands China’s parent company said revenue fell 1 percent to US$3.53 billion for the three months ended September 30. Las Vegas Sands reported a profit of US$671.7 million, up from US$626.7 million a year earlier.

The Las Vegas-based casino operator decided to increase its 2015 dividend by 30 percent to US$2.60 a share – US$0.65 per quarter – and approved an additional US$2 billion to buy back shares.

Pragmatic Play Ltd, a content provider to the iGaming industry, has launched a new slot game called “Monster Superlanche”. The game is played across 6×5 reels, with colourful ‘monsters’... END_OF_DOCUMENT_TOKEN_TO_BE_REPLACED