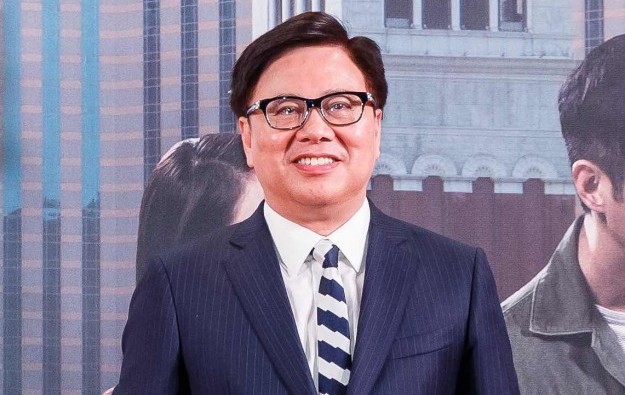 A senior executive from a second Macau casino operator has expressed keenness to know the city government’s plans regarding possible refreshment of the existing six gaming concessions.

Wilfred Wong Ying Wai (pictured in a file photo), president and chief operating officer of Sands China Ltd, said the government’s timetable was not as yet being shared with the operators. Sands China is the Macau unit of U.S.-based casino operator Las Vegas Sands Corp.

He made the comments on Monday on the sidelines of an event at the University of Macau.

“I think every one of us [operators] is eagerly waiting for the [Macau] government to announce the details,” said Mr Wong.

Mr Wong noted regarding the gaming rights question: “I believe the government is now working on it. We have been told that the government itself has its own timetable, but they are not telling us exactly when.”

In November last year, Macau’s Chief Executive, Fernando Chui Sai On, said that mid-2018 would be an “appropriate” time to provide more details regarding any extension of gaming rights for Macau’s current gaming concessions and sub-concessions.

Ambrose So Shui Fai, chief executive of SJM Holdings, said last month that the Macau casino industry would like “clarity” from the authorities regarding the concession topic.

Sands China’s Mr Wong was asked on Monday for his assessment of fresh competition in the Cotai casino district. MGM China launched on February 13 its MGM Cotai resort.

Mr Wong stated: “Cotai is becoming a tourist destination. So, the more facilities [casino resorts], the better. We have to stay competitive.”

Sands China has already announced plans to refresh its existing Sands Cotai Central resort on Cotai by transforming it into “The Londoner”, themed around some famous architecture and other sights to be found in the United Kingdom’s capital city.

The executive – a former chairman and chief executive of Hong Kong-listed Hsin Chong Construction Group Ltd – reiterated the intention to start work on The Londoner project by year-end, but noted: “To refurbish an existing project is more difficult than building a new one. And since there are already 6,000 hotel rooms in operation in Sands Cotai Central, we have to maintain their operation while carrying out the construction.”

Mr Wong further noted regarding The Londoner: “We have no plan [in applying for more gaming tables]. We have stated clearly to the government that [the revamp] is only an investment project.”

The Sands China COO was also asked about what action the industry was taking to comply with a government request to reduce shuttle bus numbers on the city’s crowded roads, including whether it would merge services for its Cotai properties The Venetian Macao, Sands Cotai Central and The Parisian Macao.

He stated: “Almost everyone wants to go to the Venetian Macao. Therefore, it is very difficult for Venetian [routes] to be merged with other routes. However, we have already carried out some merger of routes during non-peak hours. This is not only contributing to better traffic conditions, but also to [lowering] our operational cost.”

A Macau court was offered evidence on Monday, including of recordings from police-wiretapped telephone conversation, that the prosecution says proves the direct involvement of Levo Chan Weng Lin... END_OF_DOCUMENT_TOKEN_TO_BE_REPLACED