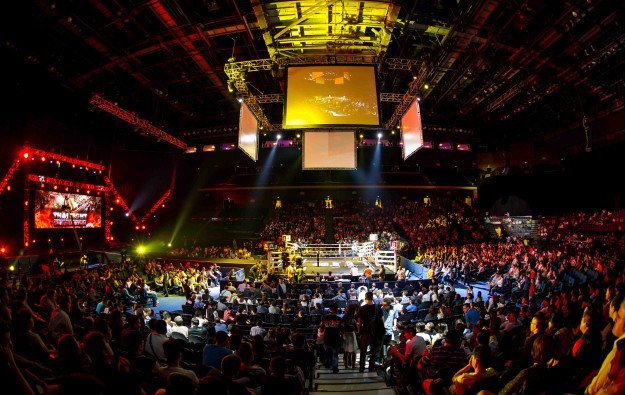 A strong performance in all non-gaming areas helped Sands China Ltd to prevent a year-on-year drop in net revenue during the three months ended September 30.

Sands China reported annual increases in net revenue for all non-gaming businesses – rooms, mall operations, food and beverage, convention, ferry, retail and others – during the third quarter of 2014. That contrasted with a drop of 1.9 percent in year-on-year terms for casino revenue to US$2.0 billion, the company’s unaudited results for the period, filed on Tuesday to the Hong Kong Stock Exchange, showed.

Sheldon Adelson, the chairman and chief executive of Las Vegas Sands Corp, the parent company of Sands China, had already hinted to the fact during the announcement of Las Vegas Sands results for the third quarter, released on October 15.

“In Macau, we delivered strong growth in the mass and non-gaming segments of our business,” he said in an statement. “We enjoyed record visitation to our Cotai Strip properties and welcomed over 18 million visits during the quarter to our Macau property portfolio,” Mr Adelson added.

Sands China is the gaming operator in Macau getting the most revenue out of non-gaming elements. The company operates three large-size shopping malls in its three Cotai properties. It also regularly hosts high-profile entertainment shows at its Cotai Arena (pictured) at casino resort Venetian Macao.

Sands China reported total net revenue of US$2.32 billion for the third quarter, slightly down by 0.2 percent from a year earlier, Tuesday’s filing showed.

Total non-gaming net revenue for the three months ended September 30 was US$302.3 million, up by 12.3 percent in year-on-year terms. The segment accounted for 13.0 percent of the company’s overall net revenues. During the same period last year, that share stood below 11.6 percent.

Mall operations was the biggest contributor to Sands China’s non-gaming revenue during the third quarter of 2014, at US$104.7 million – an increase of 17.5 percent from a year earlier.

Rooms contributed with US$89.0 million, up by 8.3 percent. Food and beverage operations reported net revenue of US$47.2 million for the third quarter, a jump of 12.0 percent compared with a year earlier.

Convention, ferry, retail and other non-gaming operations achieved net revenue of US$61.4 million, up by 9.9 percent.