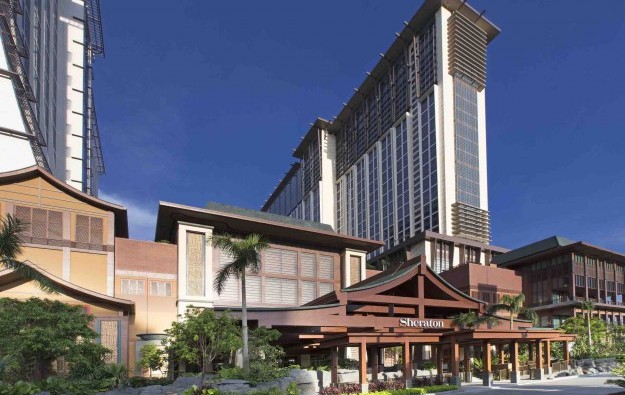 Accommodation at the Sheraton Grand Macao hotel (pictured in file photo) that had been made available for the Macau government’s quarantine programme during the Covid-19 alert, has been released back to the control of hotel’s operator, Sands China Ltd, as of Thursday.

Deep cleaning work at the hotel was now going on under the direction of the city’s Health Bureau, said Macao Government Tourism Office (MGTO) official Inês Chan Lou. The latter body had been coordinating the use of as many as 12 local hotels for quarantine at one phase of the crisis. Most have now been released back to their owners.

She gave the update on the Sheraton Grand Macao during the Thursday edition of the daily press conference that gives an update on Macau’s Covid-19 situation.

Ms Chan, who heads MGTO’s licensing and inspection department, said it was unlikely any additional Macau hotel venues would be needed for quarantine.

The briefing heard that Macau had not recorded any new Covid-19 cases over the past 15 days. The city has dealt with an aggregate of 45 people infected. As of Thursday, 163 people remained under medical observation, either in designated hotels or in Health Bureau premises.

Currently an aggregate of 598 hotel rooms – at the Pousada Marina Infante on Cotai, and the Golden Crown China Hotel in Taipa – were available as quarantine quarters, said Ms Chan.

Starting from March 28, a portion of the 4,000 hotel rooms at the Sheraton Grand Macao had been allocated for Macau’s quarantine scheme. Sands Cotai Central was the only large-scale Macau casino resort involved in the programme.

Under rules introduced in March to counter a second wave of imported infections, anyone arriving in Macau from foreign countries has been required to undergo a 14-day period of quarantine.

The Kien Gang provincial government in Vietnam is to ask the country’s Ministry of Finance to extend by three years the pilot scheme utilised by Corona Resort and Casino (pictured) on the island of... END_OF_DOCUMENT_TOKEN_TO_BE_REPLACED