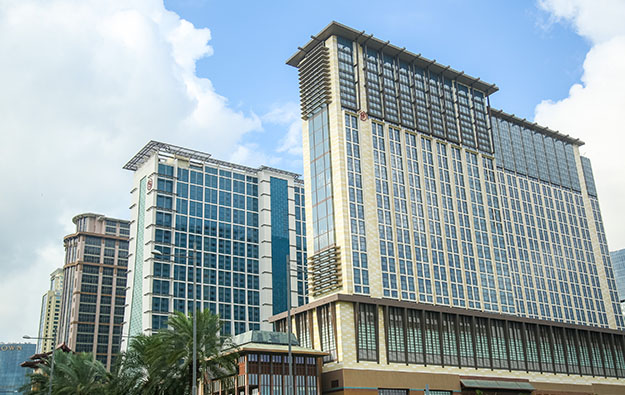 Macau-based casino operator Sands China Ltd will likely remain as the “largest operator” in the city’s mass-market segment and a “non-gaming leader” in the next five-plus years, says brokerage Sanford C. Berstein Ltd in a Monday note.

Sands China has had a leading position in Macau’s mass gaming revenue in recent years, according to Sanford Bernstein. The casino firm accounted for “over 23.3 percent” of the market’s aggregate gross gaming revenue (GGR) and “over 29 percent” in mass-market GGR in the 12 months to March 31 this year.

The closest rival is Galaxy Entertainment Group Ltd, accounting for “approximately 22 percent” of Macau’s overall casino GGR and about “18 percent” of total mass-market share during the reporting period, suggested the brokerage in its Monday note.

“As the mass segment is a more profitable business, Sands China has the highest earnings before interests, taxation, depreciation and amortisation (EBITDA) among all Macau casino operators on the favourable business mix,” wrote Sanford Bernstein’s analysts Vitaly Umansky, Eunice Lee and Kelsey Zhu.

Sands China’s adjusted property EBITDA margin stood at 35.4 percent in 2018, as compared to the Macau industry average of 30.7 percent, the brokerage’s note added.

The announced revamp and expansion of Sands China’s properties will likely be a “catalyst” for the firm’s growth in profitability and cash flow in 2020 and 2021, said the Sanford Bernstein’s team.

The Sands Cotai Central property is being revamped into The Londoner Macao, an overhaul that will see the room count in Holiday Inn Hotel – one of the hotel towers at the Sands Cotai Central complex – halved from the current 1,200 rooms into suites. The Londoner Macao conversion – which carries an estimated spend at US$1.35 billion – will be launched upon “phased completion” throughout 2020 and 2021.

“The renovations will likely cause some disruption over the next two years, but in the long-run will position Sands [China] centrally in the premium segment square in the middle of Cotai,” noted the brokerage in its Monday memo.

Sands China currently has about 12,000 hotel rooms, accounting for about 48 percent of hotel rooms offered by the city’s casino operators. Macau had approximately 38,700 guest rooms as of February, of which 63 percent were located in five-star hotels, according to the latest available figures from the city’s Statistics and Census Service. Sands China completed recently the renovation of the Parisian Macao, converting 600 rooms into 300 suites.

“Hotel room supply is critical to attracting overnight visitation and growing the mass market business. As such, Sands’ dominant position in mass market is expected to continue in the foreseeable future,” noted the analysts.

The brokerage’s team said it also expected a pickup in dividend growth from Sands China post opening of its revamped Cotai projects. “Sands China currently trades at approximately 4.5 percent yield. While dividend growth will be more limited over the next two years as the US$2.2 billion Cotai expansion is developed, a pickup in return of capital is likely post opening of the new projects,” suggested the Monday note.

Macau is to create distinct zones on its casino floors and designated gambling chips that will be solely for the use of players from overseas. The moves will be part of a new gaming tax system to... END_OF_DOCUMENT_TOKEN_TO_BE_REPLACED