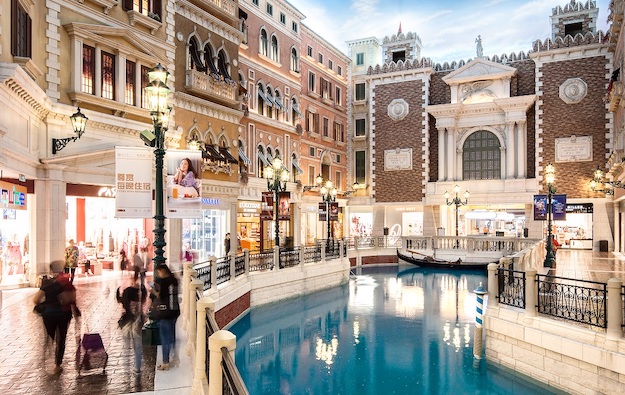 Macau’s Court of Second Instance has upheld decisions by a public department in the city, ordering casino operator Sands China Ltd to pay a total of MOP18.9 million (US$2.4 million) in tourism tax deemed outstanding. The decision was made public on Wednesday via a press release from the court, although the body’s rulings were made in September last year.

The amount refers to fiscal years 2013 and 2014, and relates to a dispute about whether the ‘Gondola Ride’ attraction, at Sands China’s Venetian Macao casino resort, should be subject to tourism tax levied at 5 percent of a tourism service price charged to the consumer.

The Gondola Ride features ‘gondoliers’ that steer the traditional-type craft along the artificial canals at the property’s shopping mall (pictured in a file photo).

Macau’s Financial Services Bureau had ordered Sands China to pay tourism tax respectively of MOP13.1 million for 2013, and of MOP5.8 million for 2014, relating to ticket sales for the ‘Gondola Ride’. The firm however argued the attraction should not be subject to tourism tax. It first appealed to Macau’s Secretary for Economy and Finance, but the bureau’s decision was upheld.

TCS John Huxley Ltd, an equipment provider to the bricks and mortar casino industry, says it has launched to market a money wheel game “designed specifically for the iGaming sector”. “Mega Tilt... END_OF_DOCUMENT_TOKEN_TO_BE_REPLACED