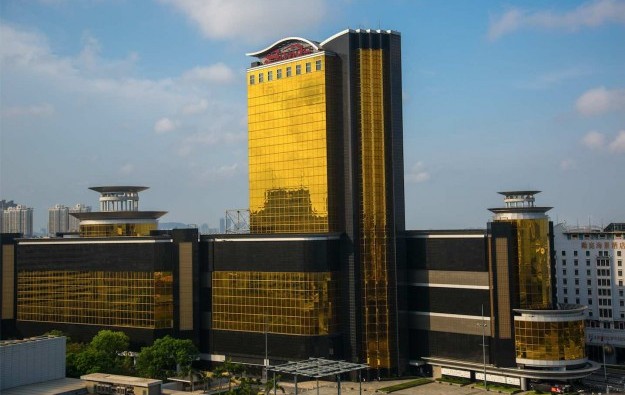 Neptune Group Ltd, once one of the biggest investors in the Macau VIP gambling market, said on Monday that one of its junket partners has had its right to operate VIP gaming tables at a property of casino operator Sands China Ltd terminated.

“The board … was informed by Hou Wan Entertainment Co Ltd … that Venetian Macau Ltd had on 31 July 2017 issued a written notice to Hou Wan to terminate the gaming promotion agreement dated 30 December 2016 … with effect from 30 August 2017,” Neptune said in a filing to the Hong Kong Stock Exchange.

“As at the date of this announcement, Hou Wan is currently operating junket business in relation to 10 VIP tables in the casino of Sands Macao,” noted Neptune. The firm did not disclose the reason for the termination of the agreement.

Venetian Macau Ltd is the entity that holds a Macau gaming licence on behalf of Sands China, which is in turn a subsidiary of Las Vegas Sands Corp. Sands Macao (pictured) was the first casino property opened by Sands China in Macau.

Neptune had announced in early June that the Sands China unit had cancelled the right of one of its junkets to run 14 high roller tables at the Venetian Macao casino resort, with effect from June 30, 2017.

In Monday’s filing, the junket investor said that for the year ended June 30, 2016, revenue contributed to Neptune by the Hou Wan junket business amounted to approximately HKD72.5 million (US$9.3 million), or approximately 26.0 percent of Neptune’s total revenue.

“The company is currently assessing the impact of the termination notice on the group,” the document added.

“Based on the preliminary assessment of the management, it is expected that the intangible assets in respect of the junket business of Hou Wan would be fully impaired as a result of the termination notice,” stated Neptune.

According to Monday’s filing, the intangible assets in respect of the junket business of Hou Wan amounted to approximately HKD160.2 million, representing nearly 10.6 percent of the total assets of Neptune.

The Hong Kong-listed company said that in November 2016 it signed an agreement with several parties, including Hou Wan, whereby it obtained the pledges of certain properties in Macau in favour of Neptune “as security for part of the outstanding account receivables in relation to the junket business of Hou Wan”. The junket investor said that based on an independent valuation report, such properties were worth approximately HKD27.7 million as at October 31, 2016.

In its interim report issued in March, Neptune said its junket partners produced a profit stream entitlement to the group for the six months to December 31 amounting to nearly HKD468.58 million.

On Monday, Neptune said that only one junket operator would remain in business after August 31.

“The other junket operator is currently operating junket businesses in relation to a total of 8 VIP tables in the casino of Grand Lisboa,” a property operated by SJM Holdings Ltd, said the junket investor.

“The group would continue to monitor closely the performance of the junket operator,” said Neptune, adding that it intends “to continue to engage in the gaming sector in Macau”.

In Monday’s filing, and due to the termination of the agreements with its junket partners, Neptune issued a profit warning for the fiscal year ended June 30, 2017.

“Based on the foregoing, it is expected that the group would continue to record a net loss attributable to equity holders of the company for the year ended 30 June 2017,” said Neptune.

Macau casino operator MGM China Holdings Ltd had a “record” market share in January, and its venues were the “highest-earning businesses” in the portfolio of the majority owner MGM Resorts... END_OF_DOCUMENT_TOKEN_TO_BE_REPLACED