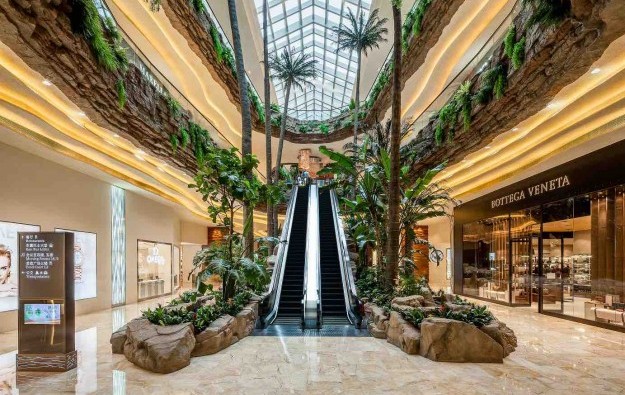 Macau casino operator Sands China Ltd has announced the launch of what it termed “phase four” of its Sands Cotai Central resort, even as it makes plans to rebrand and partly redevelop the property as the “Londoner Macao”.

According to a Thursday press release from the firm, phase four is adding almost 100,000 square feet (9,290 sq metres) of retail space and more than 25 stores – including labels new to Macau – and an Apple Store selling products of the U.S. computing and digital consumer technology firm Apple Inc, to its shopping mall there. The mall (pictured) is known as Shoppes at Cotai Central.

“The addition of these new stores, especially the introduction of an iconic Apple Store, continues to ensure we provide our customers with… more choice and more amazing experiences,” said David Sylvester, executive vice president of global retail for Sands China’s parent, Las Vegas Sands Corp, in prepared remarks contained in the press release.

Sands Cotai Central was launched in April 2012. In October last year, Las Vegas Sands said it would be investing US$1.1 billion in a refurbishment of its Macau properties over the following three years. It added that the bulk of that investment – approximately US$700 million – was to be used for rebranding Sands Cotai Central as the Londoner Macao.

At that time the parent firm also stated it would invest about US$250 million in converting its Four Seasons Residence tower across the road from Sands Cotai Central, into a 295-suite hotel.

Both projects would start in 2018 and take about “18 to 24 months” to be complete, said at the time Sheldon Adelson, chairman and chief executive of the U.S.-based group.

The imminent return of package tours from mainland China will not only help boost Macau’s tourism businesses, but is also expected to help casinos gain more foot traffic in their mass gaming... END_OF_DOCUMENT_TOKEN_TO_BE_REPLACED