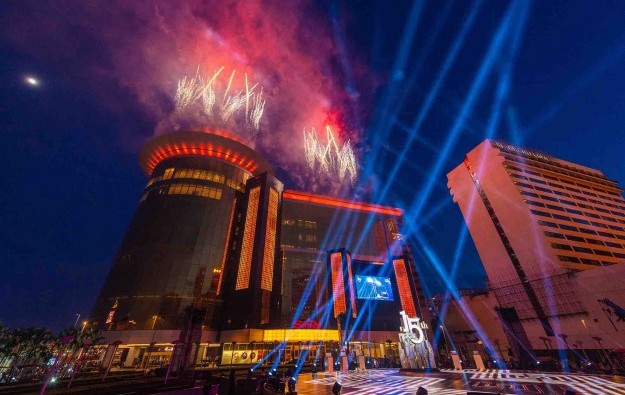 The opening of Sands Macao in 2004 played an essential role in the development of the gaming industry in Macau, in particular for Sands China Ltd, says the company’s president and chief operating officer, Wilfred Wong Ying Wai.

Sands Macao was the seed for the company’s expansion in the Macau market and for the current gaming boom in Cotai, said Mr Wong in a speech during Thursday’s official celebrations for the 15th anniversary of Sands Macao.

The property located on the Macau peninsula opened on May 18, 2004. Sands Macao was the first new casino product in the city not to be connected to Stanley Ho Hung Sun’s empire. The latter entrepreneur had a 40-year monopoly that ended on 2002.

In Macau, since 2004, Sands China has opened four additional properties – in the Cotai district – offering nearly 13,000 hotel rooms. The company said in a press release that its five properties in Macau have recorded “over 700 million visits” since 2004.

“Macau has always been a city of great strengths – a city rich in culture, history and potential,” said Sheldon Adelson, chairman and chief executive of Las Vegas Sands and Sands China, as quoted in the release.

He added: “Our company is privileged to have been a part of Macau’s development these last 15 years and we look forward to Macau’s continued success and development in the years ahead.”

The Sands Macao 15-year celebrations included live musical performances and a fireworks show. Sands China also held an appreciation event for employees who have been with the company since the opening of its first property here.

The casino operator said that more than one-third of the 4,600 Sands Macao founders who joined the company in April 2004 continue to work at Sands China today.

“The company is thrilled to be celebrating Sands Macao’s impressive 15-year milestone,” said Mr Wong, in a prepared statement. “We remain committed to our long-held strategy of providing a diversified mix of attractions and experiences for our guests – locals and visitors alike – first made possible by the enormous success of Sands Macao,” he added.