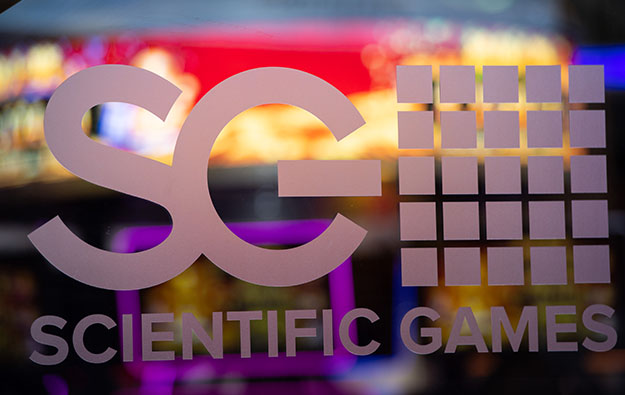 Casino equipment, lottery services and online games provider Scientific Games Corp says its first-quarter aggregate revenue rose by 0.6 percent year-on-year, to US$729 million, despite a decline in the gaming segment. Such group-wide result was still a 4.3-percent fall from the fourth-quarter of 2020, according to a Monday filing.

The group said its lottery and digital businesses “delivered double-digit revenue growth” during the reporting period. Gaming revenue however “continued to be impacted by casino restrictions and closures, particularly in Europe,” stated Scientific Games.

Gaming revenue stood at US$244 million in the three months to March 31, down 23.3 percent from the prior-year period, and a 14.7-percent fall from the preceding quarter, as the segment “was impacted by Covid-19 restrictions for casinos globally,” said the gaming supplier.

Revenue from gaming operations in the January to March period declined by 5 percent year-on-year, “as casino capacity restrictions persist,” said the company. “North America gaming operations revenue improved on a sequential basis and we expect new cabinet launches to support growth as restrictions ease,” it added.

In the gaming machine segment, shipments of new units to international markets – including Asia – fell 67.2 percent year-on-year, to 656 units, from 2,003 units in the first quarter of 2020.

Monday’s filing quoted Barry Cottle, Scientific Games’ president and chief executive, as saying: “We delivered another strong quarter, enabling us to return to growth on both the top and bottom lines. Our new gaming strategy and product roadmap continues to have success and our lottery, SciPlay and digital businesses delivered strong growth in the quarter.”

Brokerage Union Gaming Securities LLC said in a Monday note that while Scientific Games’ gaming segment “outperformed expectations” in the first three months of 2021, “the recovery has only just begun”.

“We expect the gaming segment to ramp sequentially as … casino operators begin spending again. What has us most optimistic is that casino operators continue to discuss publicly their intentions to refocus on their highest- return on investment business, the casino floor,” stated analyst John DeCree.

Scientific Games said its net loss attributable to shareholders narrowed to US$15 million in the first quarter this year, from US$159 million a year ago. It said the result was “primarily due to gaming business segment receivable credit allowances, inventory and goodwill impairment charges which totalled US$91 million in the prior-year period.” The company had reported a US$84-million loss for the fourth quarter of 2020.

The casino supplier recorded consolidated adjusted earnings before interest, taxation, depreciation and amortisation (EBITDA) of US$270 million for first-quarter 2021, up 35.0 percent from a year earlier, “driven by double-digit adjusted EBITDA growth across all segments.”

In the gaming segment, adjusted EBITDA grew by 12.5 percent year-on-year, to US$108 million, “driven by a more favourable product mix, cost actions, and certain credit receivable allowance and inventory charges that impacted the prior year.”

The company said additionally that it generated US$123 million of operating cash flow and US$80 million of free cash flow in the first three months of 2021.

Carlo Santarelli and Steven Pizzella, analysts at the Deutsche Bank group, said Scientific Games made progress during the first quarter this year, “despite expected struggles” in the sale of products during the period. That was because “domestic replacement and expansion slot demand remained muted, international participation revenue was again down sharply, and gaming systems continue to cycle tough comps and curbed operator spending,” they wrote in a Monday memo.

While Scientific Games’ deleveraging process “is sure to continue to take time,” Deutsche Bank said it believed the company’s management “has been very straightforward in its messaging around converting adjusted EBITDA to cash and reducing the elevated financial leverage.”

Scientific Games stated it had available liquidity of US$1.32 billion as of March 31. The group’s net debt as of that date was US$8.33 billion, a decrease of US$187 million compared to the prior-year period. The firm said it made a voluntary US$100 million payment on the group’s revolving credit facility in the first quarter this year.

In April 2021, the company made an additional US$150 million voluntary repayment under the revolving credit facility, according to Monday’s filing.

Macau recorded 69,279 visitor arrivals on the sixth day of the Chinese New Year (CNY) holiday period, showed official data. The city welcomed about 384,600 visitors in the first six days of the... END_OF_DOCUMENT_TOKEN_TO_BE_REPLACED