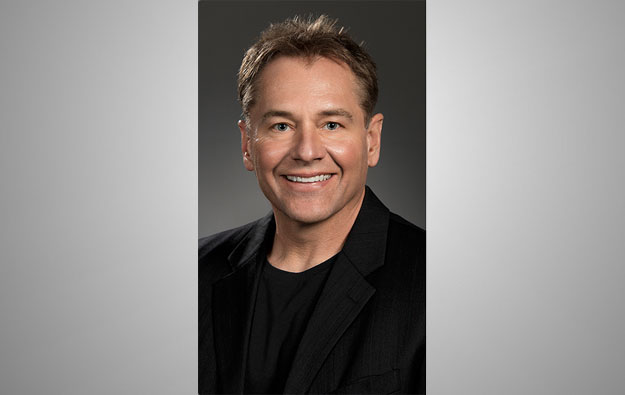 Mr Cottle will replace Kevin Sheehan, who will remain with the company as a senior advisor, the firm said in a press release.

“Kevin … moved Scientific Games forward and helped in driving growth across all our business units. I want to thank him for his strong leadership and tireless efforts that led to the company’s success over the last two years and I look forward to continuing to work with him as a senior advisor to the company,” said Ronald O. Perelman, chairman of the board of Scientific Games, in a prepared statement included in Wednesday’s release.

Mr Sheehan, who had been appointed CEO in August 2016, said Scientific Games is now “stronger than ever and growing across all our divisions”.

“With the acquisition of NYX [Gaming Group Ltd] and the rapid growth of our entire interactive business, Scientific Games is poised to lead the future as the entire gaming industry transitions to new digital and mobile platforms,” he was quoted as saying in the release.

Scientific Games has recently been involved in a range of merger and acquisition activity, including completing in early January the acquisition of NYX Gaming, a specialist in sports betting.

Brokerage Deutsche Bank Securities Inc said the leadership change at Scientific Games was “not a surprise”.

“We do not believe this change will come as a material surprise to most close to the story, but believe the timing was likely sooner than expected,” said analyst Carlo Santarelli in a note on Wednesday.

Commenting on the new CEO appointment, Scientific Games’ chairman stated: “Under Barry’s leadership, SG Interactive, now SG Social and SG Digital with the NYX acquisition, has become the market leader in free-to-play and online gaming and is perfectly positioned to capitalise on new markets opening up to legalised online gaming, lottery and sports betting around the world, including the United States.”

Mr Cottle joined Scientific Games as CEO of SG Interactive in August 2015, overseeing the group’s strategy and growth plans in the interactive segment.

“In just over two years, Barry led the team to double revenue growth and Scientific Games’ efforts to enter sports betting and iLottery through the acquisition of NYX/OpenBet,” said Scientific Games.

Before joining Scientific Games, Mr Cottle served as vice chairman of Deluxe Entertainment Services Group Inc. Prior to that, he held executive leadership roles at Zynga Inc, Electronic Arts Inc, The Walt Disney Co and Palm Computing Inc, according to the release.

He is described in the release as a “Silicon Valley veteran”, specialising in consumer software, hardware and user experiences, and holding over 40 patents in networking technology, user interface design, computer and processor design as well as graphics and multimedia technologies.

The casino equipment and lottery services firm on Wednesday reported a 11.9-percent year-on-year increase in first quarter revenue, to US$811.8 million. Such growth included US$49.2 million in revenue from NYX Gaming, along with 7 percent growth in lottery revenue and 21 percent growth in social revenue, Scientific Games said in a filing to Nasdaq.

Total gaming revenue in the reporting period rose by a modest 0.7 percent from the prior-year to US$443 million, reflecting a 30 percent increase in gaming machine replacement unit shipments, offset by an approximately US$33 million unfavourable impact of lower unit sales “due to far fewer new casino openings and expansions globally,” the firm added.

While the company reported year-on-year declines in revenue from gaming operations and gaming machine sales, revenue from sales of gaming systems and table products increased by respectively 22.0 percent and 24.0 percent in the three months to March 31.

Scientific Games said the number of gaming machines shipped during the first quarter declined by 1,491 units, to a total of 6,868 new gaming machines. International shipments decreased by 11.9 percent year-on-year to 2,201 units, including 261 units for new casino openings and expansions, said the firm.

The casino equipment supplier posted operating income of US$49.4 million in the first quarter, down 43.9 percent from the year-earlier period. The firm said the decrease reflected US$52.2 million in restructuring and other items, including acquisitions costs, litigation costs and impairment charges.

The company reported attributable earnings before interest, taxation, depreciation and amortisation (AEBITDA) of US$320.1 million for the quarter ended March 31, a 11.7-percent increase year-on-year, “primarily driven by higher revenue, the inclusion of NYX and more efficient business processes throughout the organisation”.

Net loss in the first quarter increased to US$201.8 million from US$100.8 million in the prior year, which the company said was due to the impact of a US$93.2 million loss incurred on debt financing transactions associated with its February 2018 refinancing exercise and the change in accounting guidance.

The company completed refinancing transactions during the first quarter that it said resulted in an approximately US$69 million reduction in annualised cash interest costs and extended a portion of its debt maturities from 2022 to 2024, 2025 and 2026.

“Our continued growth in revenue and AEBITDA, coupled with the lower interest costs resulting from our recent refinancing, establishes a solid platform for increased cash flows. We remain committed to our path of increasing cash flow, de-levering and strengthening our balance sheet,” said Michael Quartieri, Scientific Games chief financial officer, in a statement.

Macau mass-market casino gross gaming revenue (GGR) for the recent Chinese New Year (CNY) holidays could have recovered to at least 60 percent of that for the 2019 break, when the festivities were in... END_OF_DOCUMENT_TOKEN_TO_BE_REPLACED