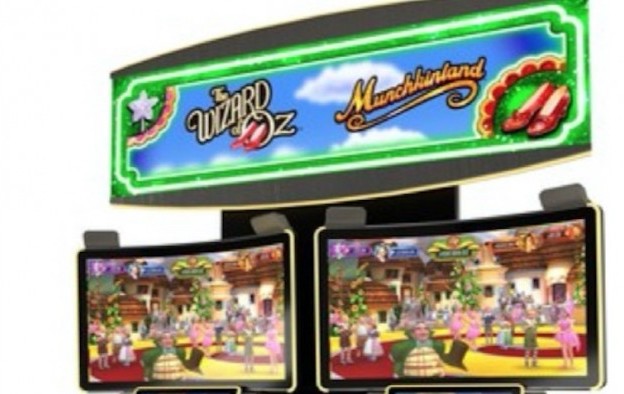 Scientific Games Corp has introduced a new slot-machine game called Munchkinland. The United States-based maker of gaming equipment issued a press release on Wednesday that announced the five-reel, 50-line slot as the latest release in The Wizard of Oz series, a collection of titles based on the film of that name, first released in 1939.

Scientific Games said Munchkinland is the first of the series whose characters are rendered in 3D. The game runs in the immersive Gamefield 2.0 cabinet and features a wide-area progressive jackpot function.

“Our talented team of artists and developers utilised the latest in 3D-rendering technology, along with proven game play, to bring a unique and exciting gaming experience to casino floors,” the company announcement quotes Scientific Games senior vice-president and chief revenue officer Bob Parente as saying.

Gameplay includes the Munchkin Parade Bonus, a feature triggered by three or more bonus symbols, that begins with a wheel spin where character wedges award a corresponding jackpot and an additional spin, and free spin wedges can award up to 20 free spins. During free spins, parading Munchkins can award up to three active enhancements, such as Wild reels, multipliers, and credit prize Lollipop Wilds.

“Scientific Games has enjoyed a long history of success and partnership with The Wizard of Oz brand, and we are confident this newest title will be a hit with players and fans alike,” Mr Parente said.

In the movie and the classic children’s novel The Wonderful Wizard of Oz, on which it was based, the Munchkins are natives of the fictional Munchkin Country that welcome the hero, Dorothy Gale.

Most of Macau’s casino operators are likely to generate positive free cash flow in the first quarter, given the robust recovery level of mass-market gross gaming revenue (GGR) in January, relative... END_OF_DOCUMENT_TOKEN_TO_BE_REPLACED