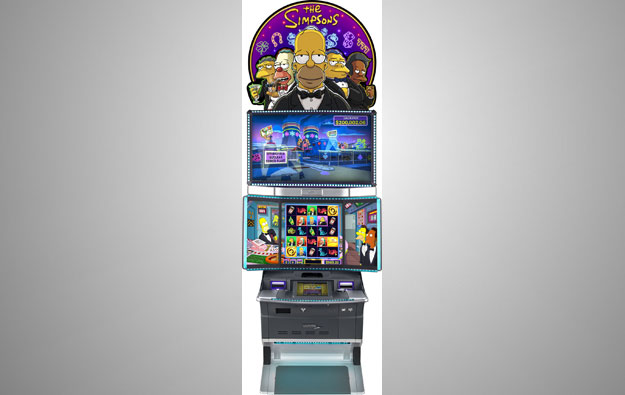 A wide-area linked progressive casino slot machine game called “The Simpsons” has been launched by Scientific Games Corp nearly two years after a deal with the theme’s rights holders was first announced.

The product is based on the animated television series of the same name, and offers six bonus games based on popular characters from the show, the firm said in a press release on Tuesday.

A September 2015 press release from Scientific Games said the company had formed a partnership with Twentieth Century Fox Consumer Products and Gracie Films Inc to create a themed slot machine based on The Simpsons.

The latest press announcement said the new release is being offered via Scientific Games’ Gamescape cabinet, which it stated is designed to create an immersive experience for players. It features a 40-inch top screen, and a 10.4-inch tablet format, multiple touch button, panel display.

Scientific Games added that the extra-wide display allowed for the game’s bonus features to expand the game array to as many as 24 reels.

The Simpsons game also has what the casino and lottery equipment specialist said was “industry-first” motion sensor technology to allow the player physically to interact with the game in some of the bonus features.

“We are certain fans of the show and general slot enthusiasts alike will love this game,” Derik Mooberry, executive vice president and group chief executive of gaming for Scientific Games, said in a statement contained in the product launch press release.