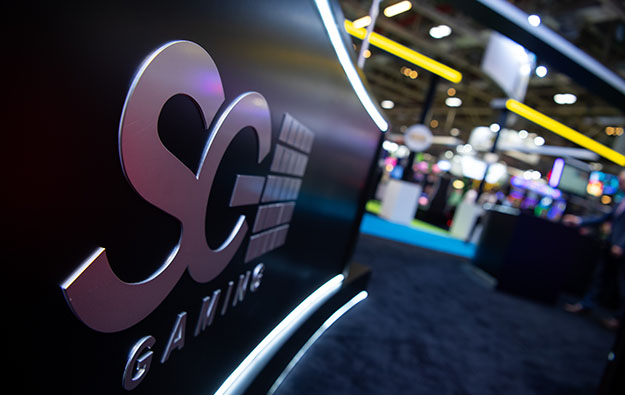 U.S.-based Scientific Games Corp says it is considering an initial public offering (IPO) next year for a minority interest in its social gaming business. The announcement was made on Thursday, the same day the company said its third-quarter loss grew to US$351.6 million, compared to US$59.3 million in the prior-year period.

“The social gaming business continues to experience rapid growth and has reached significant scale,” said the firm in a press release.

“An IPO would give us greater flexibility to pursue growth for the [social gaming] business and drive value for stakeholders,” said Barry Cottle, president and chief executive of Scientific Games, in a prepared statement contained in the release.

The company said it expected to use the proceeds from the IPO “primarily … to repay debt”.

On Thursday, Scientific Games reported third-quarter revenue of US$821 million, up 6.8 percent in year-on-year terms. The casino equipment maker and lottery services provider said the revenue growth reflected US$46.5 million in revenue from sports betting specialist NYX Gaming Group Ltd, along with growth in the firm’s lottery and social businesses. Scientific Games completed in January the acquisition of NYX Gaming.

The company said that restructuring and other charges worth US$338.7 million drove the wider third-quarter net loss.

“The restructuring and other charges are inclusive of US$309.6 million recorded during the quarter related to the verdict in the Shuffle Tech [International LLC] legal matter, which did not result in any cash outflow as the verdict is subject to post-trial motions and the appeal process,” said the firm.

“We are very pleased with the growth we are seeing across our businesses as we continue to lead our industry into the future,” said Mr Cottle in his prepared remarks. “Our investments in digital, sports betting, and new games are producing the most innovative and engaging products in the market and we are excited about the customer response here in the U.S. and around the world,” he added.

Social up, trad gaming down

Commenting on Scientific Games’ third quarter results, analysts at Deutsche Bank Securities Inc said: “While the results were broadly in line, we don’t see anything remarkable in the results and believe concerns over leverage are likely to continue to weigh on shares.”

Shares of Nasdaq-listed Scientific Games soared 25.4 percent on Thursday, with the stock price closing the session at US$26.74.

Union Gaming’s analyst John DeCree said he believed the rally in the share price was due to three key items: “First, free cash flow of US$123 million in the quarter eliminated the misconception that Scientific Games was burning cash after second quarter results.

“Second, the company evidenced its commitment to deleveraging via principal reduction with US$122 million of net debt repayments in the quarter, including US$110 million of voluntary repayments. Third, management indicated it was considering an IPO of its social gaming business in 2019, which would unlock substantial value and provide meaningful deleveraging.”

Gaming machine sales revenue increased by 2.5 percent year-on-year to US$167.2 million in the third quarter, “benefiting from our new strategic long-term relationship,” said Scientific Games. The average sales price increased 3 percent to US$18,199, it added.

The company shipped 7,663 new gaming machines between July and September, including 5,038 new units shipped to North America customers and 2,625 units to international customers – the latter down 10.7 percent from the prior-year period.

Total revenue for the social gaming segment increased by 10.5 percent year-on-year, to US$105.1 million, the firm said.

AEBITDA for the segment rose 34 percent to US$27.0 million in the third quarter, and AEBITDA margin increased to 25.7 percent from 21.1 percent in the third quarter 2017, “primarily reflecting the continued growth in revenue and improved operating leverage”.

At the end of September, Scientific Games had total net debt of US$8.84 billion.

“This quarter marks our 12th consecutive quarter of year over year growth in revenue and consolidated AEBITDA. Our focus on generating cash flows provides us a clear avenue to strengthen our balance sheet,” Michael Quartieri, chief financial officer of Scientific Games, said in comments also included in the firm’s results announcement release.

Macau’s casino gross gaming revenue (GGR) for the first five days of February is estimated at MOP1.9 billion (US$235.1 million) – or MOP380 million per day – a level that suggests a “45... END_OF_DOCUMENT_TOKEN_TO_BE_REPLACED