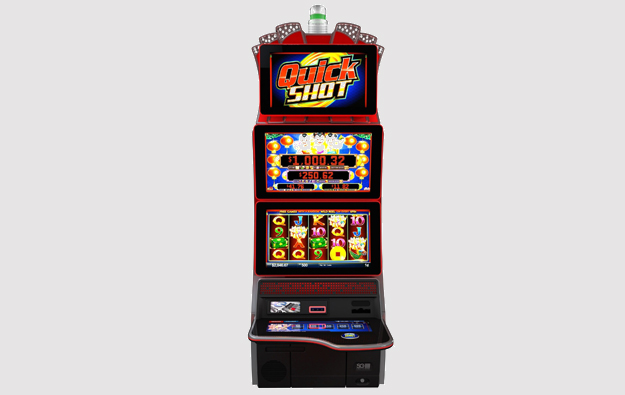 Scientific Games added in a release that additional approvals are expected “in the coming weeks”. The release didn’t disclose a schedule for the introduction of TwinStar in the Asia-Pacific region.

TwinStar is capable of delivering WMS and Bally games. The cabinet is the first to incorporate Scientific Games’ new ArgOS operating system, and will launch with new versions of the popular games Goldfish Deluxe and Quick Shot Dwanwu, by WMS and Bally respectively, the release added.

“The TwinStar cabinet is a major achievement in our integration strategy, involving the collaboration of our hardware, operating systems, game development, quality assurance and many other support teams around the globe,” said Gavin Isaacs, president and chief executive of Scientific Games, in a statement .

He added: “I am delighted that the initial production of our TwinStar units is sold out for this quarter, with expected shipments to occur in the final weeks of December.”

TwinStar features Scientific Games’ new CPU 4X computer processing unit which – according to the company – offers 90 percent more processing power than previous CPUs. The product is said to build on the achievements of Bally’s iDeck button deck, offering a 40-percent larger deck area that enables the player to have more interaction with the game. TwinStar also has a 22-inch, high-definition, digital topper available in two styles.

Paradise Co Ltd, an operator of foreigner-only casinos in South Korea, reported casino revenue of nearly KRW48.65 billion (US$39.8 million) for January 2023, according to a Thursday filing to the... END_OF_DOCUMENT_TOKEN_TO_BE_REPLACED