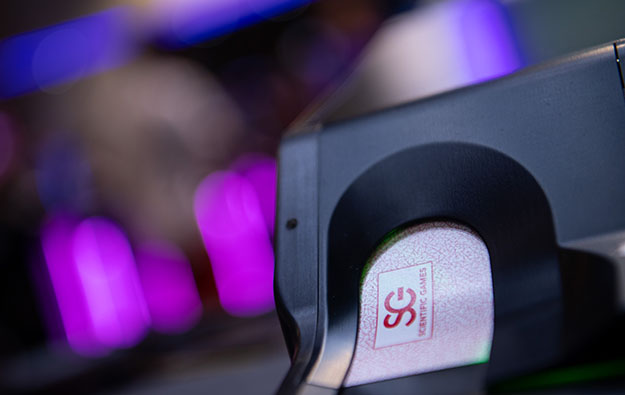 Casino equipment maker and lottery services supplier Scientific Games Corp posted a net profit of US$206.8 million for the fourth quarter of 2018, compared to a loss of US$43.1 million in the prior-year period. The company said in a Thursday release that the turnaround was driven by “improvement in operating income and due to a US$183.1-million reversal of 55 percent of the previously established reserve related to the Shuffle Tech legal matter.”

The latter was a reference to a December US$151.5-million settlement over an intellectual property dispute involving Scientific Games and rival firm Shuffle Tech LLC. Scientific Games had previously made provision for total outlay of US$335 million in relation to the litigation.

Scientific Games also said work on a potential initial public offering (IPO) for a minority interest in its social gaming business, was ongoing, with further documentation submitted to the U.S. Securities and Exchange Commission on February 14.

“The company anticipates that the proceeds from the contemplated IPO would primarily be used to repay debt,” Scientific Games added.

Fourth-quarter revenue at Scientific Games rose by 7.6 percent year-on-year to US$885.7 million, boosted by growth in several of the group’s business segments, including US$51.7 million in revenue from NYX Gaming Group Ltd. Scientific Games completed in January last year the acquisition of NYX Gaming, a specialist in sports betting.

Consolidated attributable earnings before interest, taxation, depreciation and amortisation (AEBITDA) rose by 5.9 percent year-on-year to US$343.5 million in the three months to December 31. Scientific Games reported an AEBITDA margin of 38.8 percent for the period, down from 39.4 percent in the fourth quarter of 2017, “reflective of a shift in revenue mix primarily driven by NYX”.

Full-year 2018 revenue at Scientific Games increased by 9.1 percent to US$3.36 billion. Its net loss for the period was US$352.4 million compared to a net loss of US$242.3 million a year earlier, “driven by US$253.4 million in restructuring and other charges,” including the Shuffle Tech settlement, said the firm.

Deutsche Bank Securities Inc analysts Carlo Santarelli and Steven Pizzella said in a note after the results announcement by Scientific Games that the firm’s performance for the fourth quarter was “largely in line” with expectations. They added: “Of note, management stated that it expects the [gaming machine] replacement market to again show low single-digit growth in 2019.”

“We are building momentum and continuing to grow our business while at the same time operating more efficiently,” said Scientific Games’ chief executive and president Barry Cottle in a prepared statement included in the press release. Mr Cottle took on his current roles in June last year.

He added: “The entire organisation is enthused about 2019 and focused on helping our customers win, which will drive our free cash flow and create meaningful value for our shareholders.”

Total gaming revenue in the October to December period decreased by 4.6 percent from the prior-year to US$469.8 million, reflecting  “an unfavourable US$6.8 million impact on gaming operations from revenue recognition accounting effective in 2018,” said Scientific Games.

Fourth quarter revenue from table products grew by 20.2 percent year-on-year, “reflecting strong global demand for shufflers and table products,” the firm stated. Revenue from sales of gaming machines however declined by 12.2 percent, due to a decline in products sold.

Scientific Games said the aggregate number of gaming machines shipped during the fourth quarter increased by 12.0 percent, to a total of 9,023 new gaming machines. International shipments decreased by 2.7 percent year-on-year to 4,290 units, said the firm.

Revenue from gaming operations declined by 10.5 percent in the fourth quarter of 2018 to US$151.4 million.

Scientific Games reported a 6.2-percent year-on-year increase in revenue from its lottery segment, to U$230.7 million in the three months to December 31. Revenue from social gaming rose by 19.1 percent to US$113.7 million, while revenue from the digital segment stood at US$71.5 million, compared to US$17.8 million in the fourth quarter of 2017.

“We continue to grow our top line driven by the strength of our products,” said Michael Quartieri, Scientific Games chief financial officer, in a statement. “We believe there are opportunities for further growth in 2019, both on a top-line and bottom-line basis as we are firmly committed to maximise free cash flow and de-lever our balance sheet,” he added.

Macau mass-market casino gross gaming revenue (GGR) for the recent Chinese New Year (CNY) holidays could have recovered to at least 60 percent of that for the 2019 break, when the festivities were in... END_OF_DOCUMENT_TOKEN_TO_BE_REPLACED