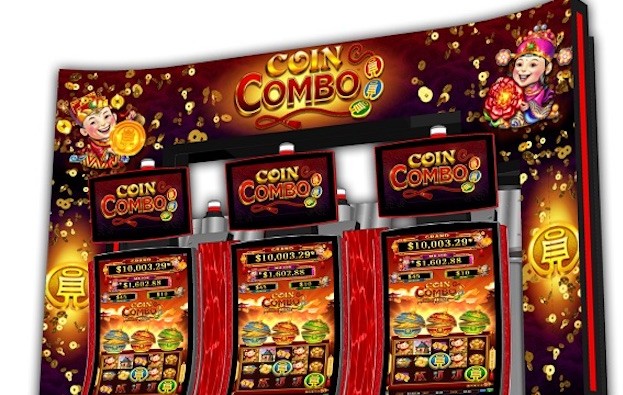 Scientific Games Corp is to launch what it describes as its first “truly international” slot machine cabinet, called Kascada.

The product will be available first in North America, said a Monday release from the casino technology supplier.

It will carry the new “Coin Combo” game, described as the “next chapter” in the firm’s popular “Duo Fu Duo Cai” game series, which began nine years ago with the “88 Fortunes” product.

Coin Combo will be launched in casinos to coincide with the 2021 Lunar New Year celebration.

The studio of game designer Qin You has developed the game. Her studio was behind the popular “88 Fortunes” and “Dancing Drums” games.

Scientific Games said Kascada had been designed by a research and development team distributed across the globe, and is an update on the TwinStar J43 cabinet.

The new cabinet has what the supplier says is an ultra-high-definition 4K graphics display on a 43-inch, double-curved monitor with new lighting. Kascada is said to build on innovations from the firm’s ALPHA Pro Wave curved-screen cabinet that uses portrait-type dimensions.

In other developments, Scientific Games mentioned that Melissa Price had joined the firm from Caesars Entertainment Corp, where she spent 13 years, including as an executive in charge of “enterprise gaming operations” for Caesars Entertainment’s “more than 40 casino-resorts worldwide.”

Matt Wilson, executive vice president and gaming group chief executive, said in prepared remarks welcoming the announcement of the Kascada cabinet: “As we evolve [the pool of company talent] and better understand consumer demands and operator needs, our product lines continue to improve”.

International casino operator Las Vegas Sands Corp has been ranked as the most sustainable firm in the global casino sector, according to the 2023 edition of the S&P Global Sustainability... END_OF_DOCUMENT_TOKEN_TO_BE_REPLACED