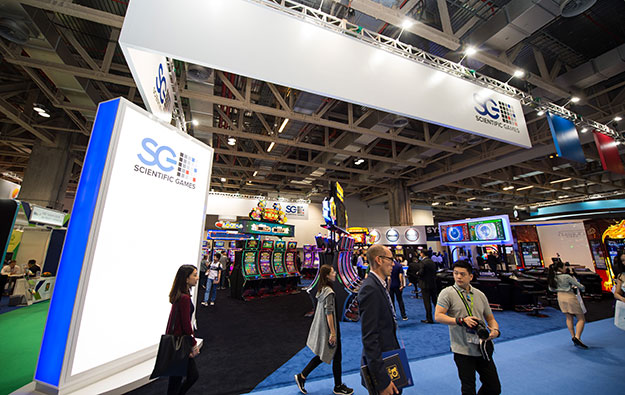 Such loss was US$98 million, compared to a net loss of nearly US$1.08 billion in the third quarter 2015, it said in a Thursday press release filed to Nasdaq.

The highly leveraged company also announced it had embarked on a new round of cost cutting – including reduction of headcount – that was expected to be completed by the end of the calendar year, and lead to savings of US$75 million annually.

Carlo Santarelli, an analyst at Deutsche Bank Securities Inc, noted in a Thursday memo to investors: “Post several mergers and years of top line struggles and integration-related cost cuts, we struggle with embracing this plan from the new management team. We also don’t believe the cost cuts will come as a surprise to investors given commentary from new management over the last several weeks.”

Scientific Games’ operating income in the three months to September 30 was US$33.5 million, compared to a loss of US$988.2 million in the prior-year period. The latter figure had included a US$935-million goodwill impairment charge and US$103.6-million of impairment charges for “certain intangible assets”, said the firm.

The group said international shipments of gaming machines increased 52 percent in the reporting period, to 3,938 units. It included 945 units for “new casino openings and expansions,” with “notable year-over-year growth in Asia, Australia and South America”, the firm said.

David Katz and Brian Davis of Telsey Advisory Group LLC said in a note on Thursday: “The revenue upside was primarily driven by better than expected unit sales and interactive revenues, partially offset by modest downside in the gaming systems and gaming operations businesses.”

Net cash from operating activities increased 7 percent in the three months to September 30, to US$150.9 million. Free cash flow, a non-GAAP (Generally Accepted Accounting Principles) financial measurement, increased 57 percent to US$61.1 million from US$38.8 million in the prior-year quarter.

“The company remains committed to prioritising debt repayments from cash flow,” it stated in Thursday’s announcement.

It added: “In aggregate, since the beginning of the year, the total principal face value of debt has been reduced by US$151 million.”

Scientific Games said in its latest results that it had “continued to delever”, paying down a total of US$42.4 million of debt in the third quarter, including US$30.0 million in voluntary repayments on its credit facility and US$10.8 million in mandatory amortisation of its term loans. It said cash and cash equivalents increased to US$19.5 million.

In the prior-year period, the company made net payments of US$72.6 million on its debt, partially reflecting the use of US$27.0 million of cash and cash equivalents.

As of September 30 this year, cash and cash availability under the company’s revolving credit facility totalled US$607.3 million.

“The majority of the cost savings will occur through prioritising our business strategies, and streamlining and consolidating our processes, which will reduce headcount and lower other operating costs,” said the company.

Michael Quartieri, executive vice president and chief financial officer, said in Thursday’s press release: “Yesterday, we embarked on a business improvement initiative to manage our expenses more efficiently, which we expect will reduce our annualised cost structure by US$75 million. We anticipate the initiative to be largely implemented by the end of 2016 at a cost of approximately US$20 million.”

Kevin Sheehan, who in August succeeded Gavin Isaacs as chief executive and president of Scientific Games, said in the release: “It is time to transform the way we operate by creating a simpler, more efficient and nimble organisation with a laser focus on our core businesses.”

He added: “Our priorities are: 1) to drive further innovation to create new, differentiated products for our customers that power growth; 2) to focus on prudent fiscal management to improve financial returns and free cash flow to accelerate deleveraging; and 3) to build a corporate culture open to new ideas and opportunities that help to accelerate our progress.”

Macau’s casino gross gaming revenue (GGR) for the first five days of February is estimated at MOP1.9 billion (US$235.1 million) – or MOP380 million per day – a level that suggests a “45... END_OF_DOCUMENT_TOKEN_TO_BE_REPLACED