Sci Games swings to 3Q profit with all round gains 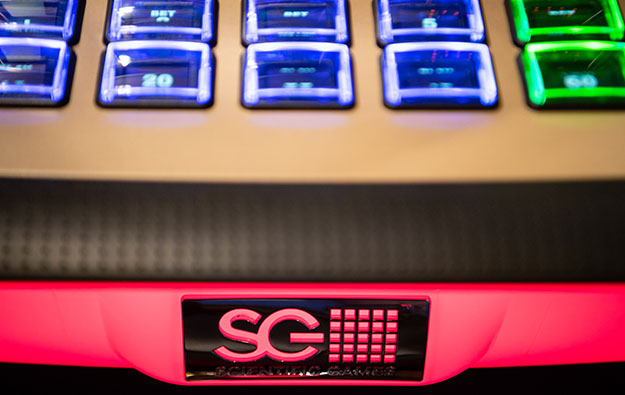 Casino equipment and lottery services provider Scientific Games Corp swung to a third-quarter profit of US$14 million, it said on Thursday. That compared to a loss of US$352 million in the same quarter a year ago.

“Net income was driven by growth in revenue and a US$19-million gain on remeasurement of euro-denominated debt versus a US$4 million loss in the prior-year period,” said the United States-based firm in a press release.

The prior-year period had included “US$339-million in restructuring and other charges primarily related to the verdict in the Shuffle Tech legal matter,” added Scientific Games, referring to litigation involving a card shuffler maker and slot machine brand previously absorbed by the group.

Free cash flow generated by Scientific Games in the three months to September 30 – a financial indicator outside the scope of U.S. generally-accepted accounting principles (GAAP) – was US$53 million.

The firm said that net debt for the 12 months to September 30, stood at just under US$8.60 billion, a reduction of US$241 million on the nearly US$8.84 billion a year earlier.

Net debt leverage ratio decreased to 6.4 times from 6.7 times in the 12-month period. The company said it was targeting net debt leverage of “approximately 5.5 times by the end of 2020”.

Third-quarter revenue rose by 4.1 percent to US$855 million, up from US$821 million in the year ago period.

“The growth was achieved across every business segment,” said the group in its release.

Revenue in the gaming segment rose 1.3 percent year-on-year, to US$454 million, compared to US$448 million in the prior-year period.

In the international sales segment of gaming – i.e. excluding North America but including slot machine and electronic gaming machines supplied to the Asia-Pacific region – the group shipped a total of 2,731 units, up 4.0 percent on the 2,625 units in the prior-year period. Of the shipped units for international markets, most were replacement products. A total of 100 were for either casino openings or expansions, compared to 211 being for that purpose in the prior-year period.

The installed base of machines for the international segment of gaming operations amounted to 33,663 units, up 0.3 percent on the 33,567-unit installed base in the third quarter 2018. In the latest reporting quarter, the average daily revenue per unit was US$9.73, down 7.3 percent on the average daily performance of US$10.50 in the prior-year period.

Group-wide, consolidated adjusted earnings before interest, taxation, depreciation and amortisation (EBITDA) increased 5.5 percent to US$344 million from US$326 million in the prior-year period, “primarily driven by higher revenues and business improvements,” said the group.

Net cash provided by operating activities was US$141 million compared to US$223 million in the prior-year period, “primarily due to a US$48-million change in the timing of interest payments and an increase in receivables driven by higher game sales and the timing of collections throughout the quarter,” said Scientific Games.

Barry Cottle, the firm’s president and chief executive, said in prepared remarks accompanying the results: “Each of our business segments is growing on both the top and bottom line, enabling us to continue on our path to 5.5 times net debt leverage by the end of 2020.”

He added, referring to the recent casino industry trade show Global Gaming Expo (G2E) held last month in Las Vegas, Nevada: “We showcased our great games and products at G2E which demonstrated our industry-leading position as a one-stop solution across platforms and key content. This positioning will allow us to enhance partner operations, grow in existing markets and win in emerging markets.”

Michael Quartieri, the group’s chief financial officer, said in his prepared remarks: “Our products grew the top-line, and operating leverage was driven by business improvements. We believe there are a number of avenues for further growth driven by share gains and new market opportunities. We remain firmly committed to maximise cash flows and de-lever our balance sheet.”

It is likely that Macau will shortly have a third round of citywide centre-based Covid-19 testing in little more than a week, after the results so far of a second mass test – that was due to finish... END_OF_DOCUMENT_TOKEN_TO_BE_REPLACED