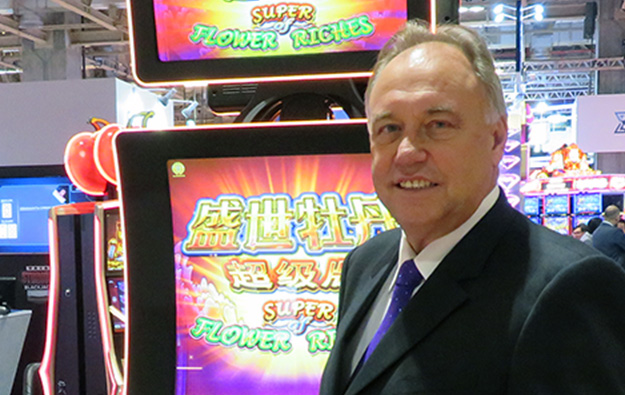 Gaming technology provider Scientific Games Corp says 2018 has been a “good” year in terms of performance in Asia, but the firm is already eyeing further growth across the region in 2019. So says Ken Jolly, its vice president and managing director – Asia.

Mr Jolly (pictured) told GGRAsia that Scientific Games’ priority in Asia for next year was to “continue to grow” sales across the region, helped by some new casino openings planned in several markets.

“We are bringing more games to our electronic table games and putting more functionalities in our systems,” he stated. “We will be bringing another link product next year.”

Mr Jolly said 2018 had “been a good year overall” for Scientific Games in Asia.

“We have had some good advances in the Cambodian market,” he said. That included supply of product to Australia-listed Asian casino operator Donaco International Ltd. The latter operates the Star Vegas Resort and Club casino property, located in Cambodia’s Poipet region.

Mr Jolly added: “There is a lot going on in Singapore at the moment and, in addition to that, you have got a couple of openings in Vietnam.”

Scientific Games also increased its footprint in the Philippines during 2018, the executive said.

“As a big company in the gaming industry globally, we have always monitored all markets,” Mr Jolly explained. “There seems to be more action particularly in Cambodia right now, and obviously in Vietnam, and in [South] Korea’s Incheon with the projects that have been going on there.”

Incheon is home to a number of gaming venues. Last year, the Paradise City casino resort opened there, and two other casino resorts – the Inspire by Mohegan Gaming and Entertainment and the US$700-million Caesars Korea – are being built there.

Scientific Games’ gaming segment – which includes gaming operations, gaming machine sales, gaming systems, and table products – recorded total revenue of U$447.9 million for the quarter ended September 30, down 1.5 percent in year-on-year terms, the firm announced earlier this month. The company shipped 7,663 new gaming machines between July and September, including 5,038 new units shipped to North America customers and 2,625 units to international customers – the latter down 10.7 percent from the prior-year period.

At its MGS stand, Scientific Games displayed some of its latest product available for Asia. That included a new standalone title under its “Super Series” called “Super Flower of Riches”, derived from the company’s popular “Duo Fu Duo Cai” link series.

“It was just approved for Macau,” Mr Jolly highlighted.

Gaming revenue at Paradise Co Ltd, an operator in South Korea of foreigner-only casinos, rose by 312.9 percent year-on-year, to KRW39.17 billion (US$27.6 million). But such revenue was down 22.4... END_OF_DOCUMENT_TOKEN_TO_BE_REPLACED