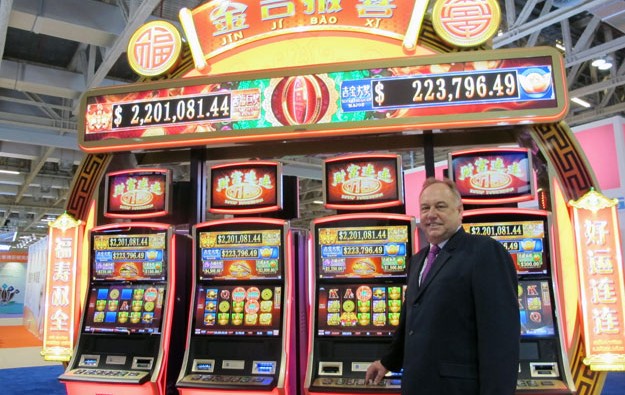 Casino equipment and lottery services firm Scientific Games Corp does not expect any negative impact from the proposed amendments to Macau’s Administrative Regulation No. 26/2012 on the “Regime for the Supply and Requisitioning of Gaming Machines, Equipment and Systems”, says Ken Jolly (pictured), vice president for Asia of the equipment maker.

The head of the city’s Gaming Inspection and Coordination Bureau said on Tuesday that the regulator plans to introduce amendments next year to the existing regulation.

Two of the ideas being considered in the revision include: enforcing stringent requirements on the certification of gaming machines; and introducing penalties in case of violations of the administrative regulation.

“The proposed changes will not affect us too much,” Mr Jolly told GGRAsia. “All of the [proposed] changes – from the point of view of new product, demonstrating machines and so on – are all pretty well in line with what we are already doing,” he added.

“From a company point of view, we like good regulation in a market, and the government does need to address changes in regulation that need to be updated to suit the market needs,” noted the executive.

Mr Jolly was speaking on the sidelines of the MGS Entertainment Show 2017, a regional casino industry trade show held from November 14 to 16 at the Venetian Macao.

During the event, Scientific Games showed for the first time in the Macau market its new slot product “Jin Ji Bao Xi”, a multi-denomination progressive linked jackpot on the Dualos platform. The firm says the product has been “crafted to entertain and reward players with exciting new features and bonuses”.

According to Scientific Games, players will be able to select from five denominations and play for two jackpots that work incrementally, as well as two fixed bonus prizes that increase in value based on the denomination of bet chosen by the player.

“We are expecting a strong performance from Jin Ji Bao Xi, as it comes from the same design team and has some of the Duo Fu Duo Cai features, as well as many other features” said Mr Jolly. “It’s a pretty exciting game to play. We will launch it in Macau first, and then will roll it out to other markets in the next 12 months,” he added.

A Philippine lawmaker says public opinion on Philippine Offshore Gaming Operators (POGOs) would be an important factor when he and colleagues draft a Senate committee report on the economic and... END_OF_DOCUMENT_TOKEN_TO_BE_REPLACED