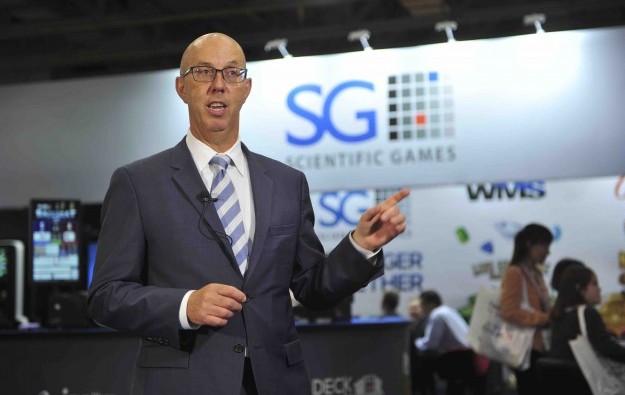 Casino equipment maker and lottery services provider Scientific Games Corp said on Thursday its fourth quarter 2015 revenue rose to US$737 million, up by 30.3 percent from US$565.8 million in the prior-year period.

The results for the fourth quarter of 2014 include the results of Bally Technologies Inc only for the 40-day period following the closing of the US$5.1 billion acquisition of the latter firm in November 2014.

On a pro forma basis, Scientific Games’ revenue increased only by 4.2 percent from the prior-year period.

The increase in revenue was driven by the sale of 8,990 gaming units globally in the fourth quarter, the firm said in a statement. Revenue from its interactive segment grew by 40.2 percent year-on-year in the three months to December 31, to US$60 million.

Nasdaq-listed Scientific Games reported attributable earnings before interest, taxation, depreciation and amortisation (EBITDA) of US$293 million for the fourth quarter, up by 69 percent from the prior-year quarter.

Accounting and financial activities related to the Bally Technologies acquisition caused Scientific Games to suffer a net loss of US$127.5 million in the quarter ended December 31, compared to a net loss of US$47.1 million a year earlier. The Las Vegas-based company said US$137 million of unusual pre-tax charges contributed to the fourth quarter loss, including non-cash impairment charges totalling US$130 million.

“We completed the heavy lifting of integration … and built a strong foundation for our future,” he added in a reference to the acquisition of Bally Technologies.

Scientific Games’ gaming segment – which includes gaming operations, gaming machine sales, systems and table products – recorded total revenue of U$469 million for the three months ended December 31, up by 55.5 percent from a year earlier. Such revenues include results from Bally Technologies for the full three-month period compared to only 40 days in the fourth quarter of 2014.

For full-year 2015, the Nasdaq-listed firm said its revenue grew by 54.2 percent in year-on-year terms to US$2.76 billion, but reported a net loss of approximately US$1.39 billion, compared to US$234.3 million the year before. It said such loss included the impact from US$1.27 billion of unusual pre-tax charges.

Scientific Games said it implemented approximately US$231 million of costs savings in 2015. The company added that it reduced its total long-term debt by US$33 million in the fourth quarter, leaving the company with total debt of US$8.21 billion at the end of the year.

International casino operator Las Vegas Sands Corp has been ranked as the most sustainable firm in the global casino sector, according to the 2023 edition of the S&P Global Sustainability... END_OF_DOCUMENT_TOKEN_TO_BE_REPLACED