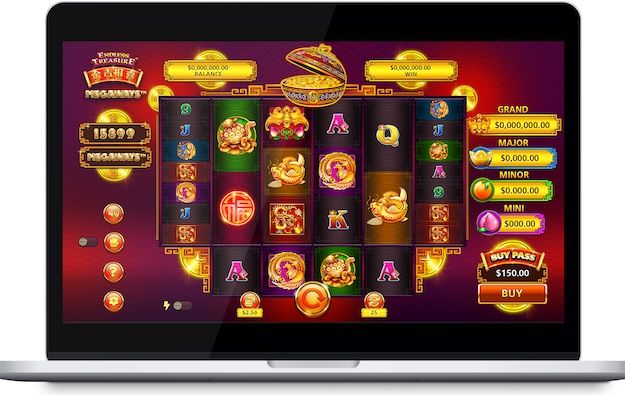 Casino equipment provider Scientific Games Corp says it has extended its Chinese-themed “Jin Ji Bao Xi” slot product to the iGaming segment, creating a new version of the title, that “incorporates for the first time” the group’s Megaways mechanic.

In this new version of Jin Ji Bao Xi, “players can enjoy the full Megaways experience with a considerable number of paylines, as well as the opportunity to win one of the game’s four fixed jackpot prizes,” stated the company in a Wednesday press release.

This is the latest Asian-themed title developed by the gaming supplier to implement Megaways, following in the footsteps of “88 Fortunes”.

The release quoted Rob Procter, content specialist director for digital at Scientific Games, as saying: “This year has seen us produce a wide range of Megaways games that have proven to be a hit with players, demonstrating that we are capable of bringing new twists to a genre of slots that shows no signs of slowing down.”

He added: “Bringing the Jin Ji Bao Xi brand into our Megaways family made perfect sense given its global fan base. It’s a strong title packed with features that we’re sure will resonate with a wide audience.”

Scientific Games has been stepping up its efforts in the digital sector, after launching the SG Digital unit in 2018, incorporating the group’s portfolio of interactive business-to-business products and services.

Earlier this month, the company made a proposal to acquire the remaining 19 percent of equity interest in digital gaming company SciPlay Corp that it does not currently own. If the deal is concluded, SciPlay would become a wholly-owned subsidiary of Scientific Games.

The firm announced in late June plans to divest itself of its lottery and sports betting businesses, as part of a company-wide strategic review. The U.S.-listed firm stated at the time it planned to focus on its land-based gaming, iGaming and SciPlay businesses.

Some Macau casinos visited by GGRAsia on Thursday, actually had tables that were closed, notwithstanding strong consumer demand during Chinese New Year (CNY). The reasons for some tables being... END_OF_DOCUMENT_TOKEN_TO_BE_REPLACED