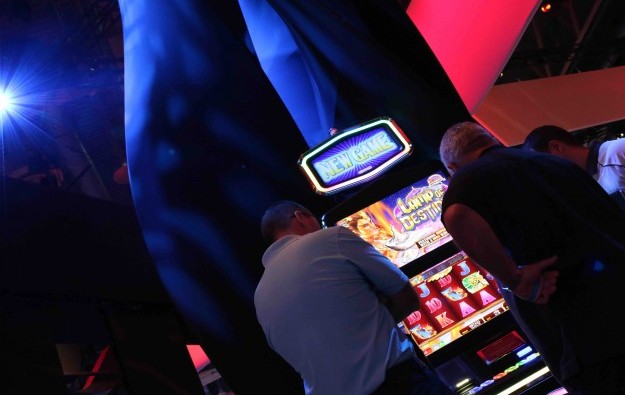 The AGEM Index of prices of shares in makers of gaming equipment rose in February by 0.15 point to 463.73 points, 0.03 percent higher than in January.

The AGEM Index was 9.7 percent lower in February than a year earlier.

Applied Analysis of the United States compiles the index for the Association of Gaming Equipment Manufacturers (AGEM). The association represents companies around the world that furnish the gaming industry with electronic gaming devices, systems, lotteries and components.

Among the 14 stocks tracked by the AGEM Index, the prices of nine rose in February and the prices of five fell compared to the previous month.

The price of shares in Scientific Games Corp of the United States rose by 15.96 percent, adding 6.47 points to the index, more than any other stock.

Another notable increase was in the price of shares in International Game Technology Plc (IGT) of the United States, which rose by 5.44 percent, adding 2.91 points to the index.

Among the stocks that fell, Japan-based Konami Corp recorded the biggest decline, subtracting 8.77 points from the index. 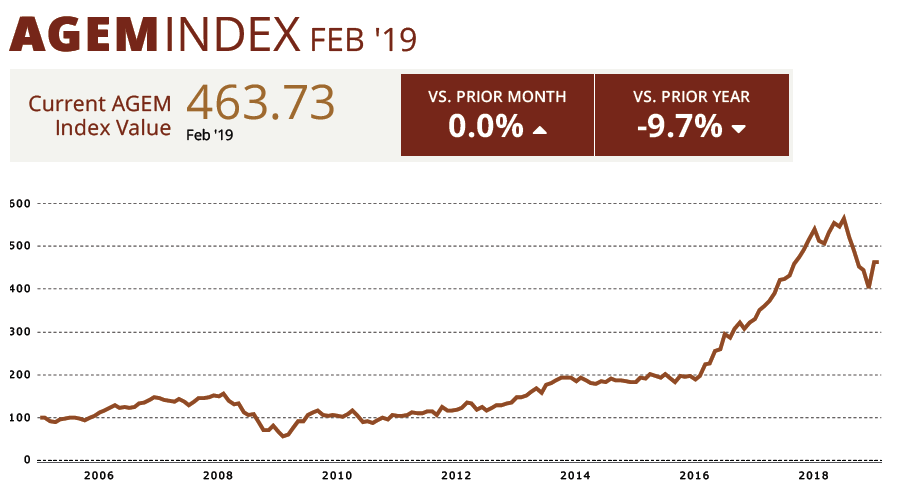 Of the stocks tracked by the AGEM Index, 10 are listed in the United States, two in Australia, one in Japan and one in Taiwan.

The AGEM Index reflects the prices of the stocks tracked at the end of each month, adjusted for dividends and splits, and weighted according to approximate market capitalisation. The index has a base of 100 points set in January 2005.

The total number of licensed gaming promoters in Macau – either entities or individuals also known as ‘junkets’ – shrank by 45.9 percent over the past 12 months. The fall marks the ninth... END_OF_DOCUMENT_TOKEN_TO_BE_REPLACED