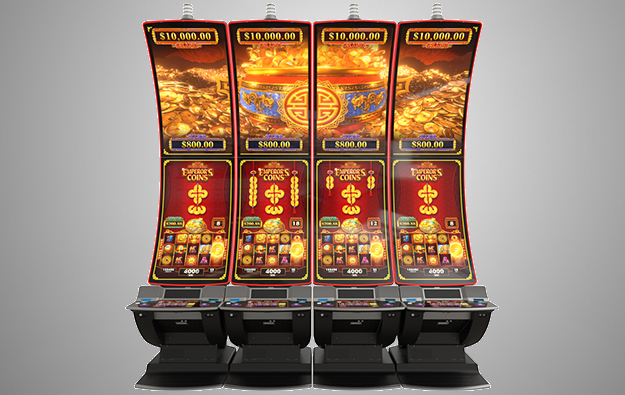 Scientific Games said in a press release that Mural was the “most visually dramatic gaming cabinet” to date in the company’s portfolio.

The Mural cabinet includes a dual 55-inch, 4K resolution curved display, “immersing the player in the game and creating an eye-catching attraction on the casino floor”, the firm said. Both the main monitor and the cabinet’s iDeck are touchscreen-enabled to promote player interaction.

The cabinet makes use of a Salem processor which, according to Scientific Games, provides improved game performance. It also features an embedded wireless charger for easy mobile phone charging.

The press release quoted Matt Wilson, executive vice president and chief executive, gaming at Scientific Games, as saying that the Mural cabinet had required the firm’s several departments “to work collaboratively to get every element right.”

Scientific Games’ engineering team – with members working across different locations in the United States and in the United Kingdom – led the cabinet’s design in coordination with other company units, including the game design, commercial, field service, and support teams.

“Our cabinet design has evolved into a much more holistic process where we’re taking insights from players, inputs from our partners and working across our teams to ensure nothing is left to chance,” Mr Wilson said.

The Mural cabinet was the first one to be designed “almost solely through virtual collaboration”, with engineers in the firm’s Las Vegas office building the first prototypes, Scientific Games stated.

“The ability of our teams to build such a beautiful, massive cabinet in this new digital, work-from-home environment is a testament to their skill,” Mr Wilson said. “It shows how we have effectively leveraged our global workforce to bring together top talent from around the world to build our industry-leading products.”

Macau’s Court of Final Appeal announced on Monday sentences in relation to a total of nine cases concerning debt claims involving junket operators based at local casinos. In all the cases, the... END_OF_DOCUMENT_TOKEN_TO_BE_REPLACED