Scientific Games’ loss widens to US$678 million in 3Q 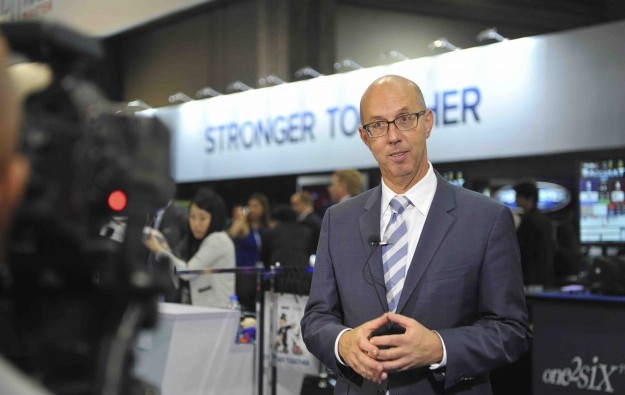 The U.S.-based firm had posted a net loss of US$102.2 million for the three months ended June 30.

The third quarter 2015 net loss included costs of US$605.2 million for job cuts, write-offs and charges related to the acquisition and integration of gaming equipment makers Bally Technologies Inc and WMS Industries Inc, the company said in a filing.

Revenue for the three months ended September 30 was US$671.6 million, up 61.6 percent in year-on-year terms. In 2014, Scientific Games’ third quarter results did not include Bally Technologies.

Attributable earnings before interest, taxation, depreciation and amortisation (EBITDA) increased to US$264.2 million from US$128.2 million a year earlier.

The Scientific Games results fell short of investment analysts’ expectations. The price of the company shares declined 3.5 percent in Monday’s Nasdaq trading session, closing at US$11.57 – with the drop extended into after-hours trading.

“With the consolidation of gaming machine production at our Las Vegas manufacturing facility, we are now implementing efficiencies in our manufacturing processes that are expected to further reduce our cost of product sales and cost of services,” said Scott Schweinfurth, Scientific Games’ chief financial officer. “As of September 30, 2015, we implemented US$194 million of the US$200 million of annual cost savings related to the Bally acquisition which were expected to be implemented this year, and we implemented more than 85 percent of the expected second-year WMS-related synergies of US$30 million.”

“With an expanding portfolio of innovative new products, systems and services ahead of us, and the heavy lifting of integration mostly behind us, our team successfully accomplished in just eight months what we had originally expected to achieve in a year,” said Gavin Isaacs (pictured), Scientific Games’ president and chief executive.

He added: “The benefit from having accelerated our integration activities yielded savings that contributed to the 850 basis point increase in attributable EBITDA margin over the prior-year period, and enabled us to pay down US$73 million of debt in the third quarter, bringing total debt payments for the first nine months of 2015 to US$109 million.”

Scientific Games’ gaming segment – which includes gaming operations, gaming machine sales, systems and table products – recorded total revenue of U$429.1 million for the three months ended September 30. That represented a rise of US$264.7 million in year-on-year terms, reflecting the inclusion of Bally Technologies in the group’s results.

Scientific Games also operates in the lottery and interactive/online gaming segments. Third quarter revenue for the former went down 10.1 percent in year-on-year terms to US$191.3 million, while interactive segment revenue soared by almost a third, to US$51.2 million.

Some Macau casinos visited by GGRAsia on Thursday, actually had tables that were closed, notwithstanding strong consumer demand during Chinese New Year (CNY). The reasons for some tables being... END_OF_DOCUMENT_TOKEN_TO_BE_REPLACED