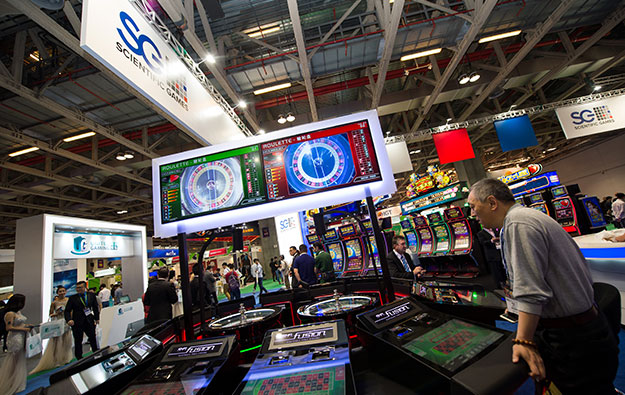 Casino equipment maker and lottery services provider Scientific Games Corp said on Thursday its fourth-quarter 2016 revenue rose by 2.1 percent year-on-year to US$752.2 million. The revenue growth in the period included “a 52 percent increase in social B2C [business-to-consumer] gaming, as well as a 37 percent increase in table products,” the firm said in a press release.

Nasdaq-listed Scientific Games reported attributable earnings before interest, taxation, depreciation and amortisation (EBITDA) of US$$293.5 million for the three months to December 31, compared to US$292.9 million in the prior-year period. The company said the improvement was due to lower selling, general and administrative expenses.

Operating loss for the period was US$12.3 million, compared to US$54.4 million in the prior-year period. The firm said the 2016 fourth-quarter operating loss included a US$69.0 million non-cash goodwill impairment charge and restructuring; and other charges of US$36.3 million.

Net loss for the three months to December 31 narrowed to US$110.8 million, compared to US$127.5 million a year earlier.

He added: “Our gaming division continues to lead with innovation and strong execution, including the launch of the Gamescape platform, which in the fourth quarter helped drive the first quarterly sequential increase in our wide-area progressive (WAP) premium-participation installed base in more than three years, as well as the initial very promising performance of our innovative TwinStar J43 for-sale gaming cabinet.”

Revenue from sales of table products increased 36.6 percent year-on-year, to US$54.9 million. The segment growth was “due to an increase in sales of shufflers and other utility products, primarily into Asian markets,” said the company.

For full-year 2016, the Las Vegas-based company said its revenue grew by 4.5 percent in year-on-year terms to US$2.88 billion. The firm posted operating income of US$130.6 million for the year, compared to an operating loss of US$1.02 billion in 2015. Net loss for the full year narrowed to US$353.7 million, compared to US$1.39 billion in the previous year.

Scientific Games said it reduced the principal amount of its total debt by US$169.4 million in 2016, leaving the company with total debt of US$8.02 billion at the end of the year.

Scientific Games chief financial officer Michael Quartieri said in a statement: “We continue to refine our business processes to yield greater financial discipline, while ensuring continued investment in innovation to drive profitable growth. While improvement initiatives implemented in the fourth quarter had a cash cost of US$6 million, we expect these actions will expand our margins and cash flow in 2017.”

Earlier this month, Scientific Games took steps to reduce its annual cash interest burden “by approximately US$30 million at current rates, while extending the average maturity of our capital structure,” the firm said. The transactions included a private offering of US$1.15 billion in aggregate principal amount of 7.0 percent senior secured notes due 2022.

“We expect these steps will yield a planned increase in cash flow that supports our goal of additional deleveraging in 2017,” said Mr Quartieri.