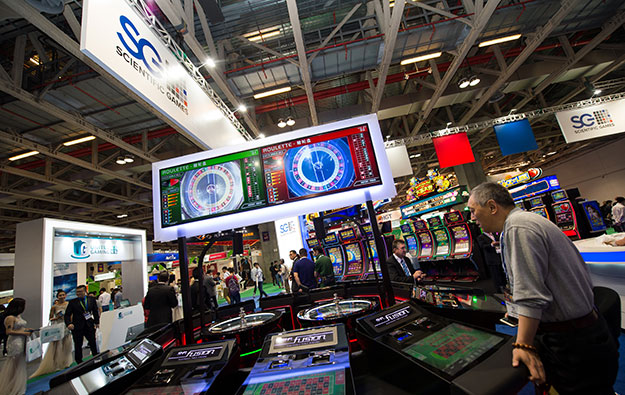 Casino equipment and lottery services firm Scientific Games Corp was the big winner at the inaugural edition of the Asia Gaming Awards.

“We are very proud and very happy that we won these awards,” Ken Jolly, company senior vice president and general manager for Asia, told GGRAsia.

He added: “It shows that Scientific Games is well-regarded as a company by the industry, including our professionalism and the way we bring products to the market.”

The awards ceremony took place in Macau on Tuesday, at a dinner on the sidelines of Global Gaming Expo (G2E) Asia 2016. The conference and trade show is taking place at Venetian Macao until Thursday.

This was the inaugural edition of the Asia Gaming Awards. The awards – organised by Asia Gaming Brief in association with G2E Asia and The Innovation Group – aimed to “celebrate operators, regulators, suppliers and service providers for their outstanding contributions to the gaming industry in their respective fields,” according to the organisers.

U.S.-based engineering and manufacturing firm SuzoHapp Group took home the prize for ‘Outstanding contribution in the field of innovation’.

The organisers also gave out awards related to online gaming. During the awards ceremony, a group of “emerging” industry leaders were recognised.

The winners for each award category were selected from a shortlist of five nominees. The winner in each category was picked via a confidential voting process that combined the votes from a judging panel with those from the industry, the organisers said.

Macau’s Legislative Assembly (pictured) will conduct on Monday (January 24), during a plenary session, a formal first reading of the draft bill to amend the city’s gaming law, according to a... END_OF_DOCUMENT_TOKEN_TO_BE_REPLACED