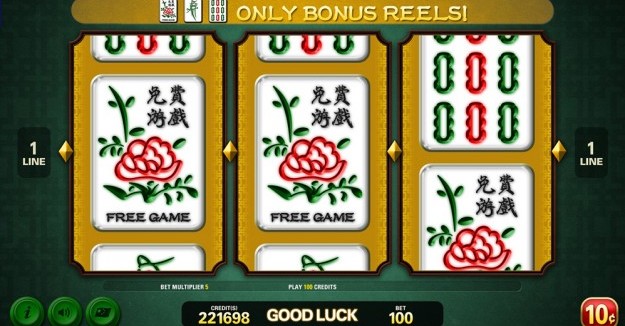 Sega Sammy Creation Inc, a Japanese maker of casino gaming equipment,  says it is installing its first video slot machine games in a Macau casino property. The move follows what the company said was a “successful” display of its products at the 2019 edition of the casino industry trade show Global Gaming Expo (G2E) Asia. The exhibition is staged annually in Macau, usually in May.

The Sega Sammy slot games being introduced to the Macau market are respectively the mahjong-inspired “Fortune Tiles of Dragon” (pictured) and “Moonlight Treasure”. The latter is described as a 3×5-reel, 243-way slot title with a free-game feature. Both slot games are offered on the Genesis Star upright cabinet, Sega Sammy Creation noted in a Wednesday announcement.

The brand didn’t give the name of the Macau property that is hosting the product. The release nonetheless quoted Masahiro Kurosaki, the head of the Asia sales division for Sega Sammy Creation, as saying in prepared remarks: “Fortune Tiles of Dragon drew an overwhelming amount of interest and attention at G2E Asia, and this confirms our belief that our innovative games will drive new player engagement and provide new content to retain regular players as well.”

Fortune Tiles of Dragon – based on the Chinese popular table game mahjong – offers what the firm calls “credits wins” based on actual winning combinations of tiles that would be applicable in the traditional board game. The product also offers free games and has a patent pending on a “hold and respin” feature. Moonlight Treasure has an Asian theme and what the brand calls a “progressive pick” bonus, as well as with free games and respin features.

In its annoucement, the Japanese firm also noted that it would be releasing more slot titles in “various” gaming markets “in the coming months”.

The Macau government announced on Tuesday tightening of its Covid-19 testing requirements for front-line casino staff, halving the interval between nucleic acid tests to every two days, from every... END_OF_DOCUMENT_TOKEN_TO_BE_REPLACED