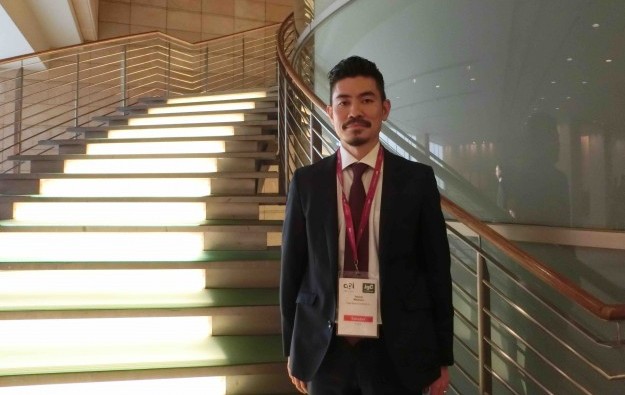 Japan-based gaming equipment supplier Sega Sammy Creation Inc intends to launch this year in Macau’s casinos some upgraded versions of its current products. It would also develop the “right” products for its target markets in the Philippines and other jurisdictions, the vice president of the firm’s business management and development department, Takashi Maekawa (pictured), told GGRAsia in an interview.

“In terms of sales, there is no progress [to report] at the moment but in terms of making products that are meant for the Philippines and the rest of the world, we are making progress,” Mr Maekawa said on the sidelines of Japan Gaming Congress, an event held last week in Tokyo.

“This year, there will be an upgraded version of the current products that we have [in Macau], and hopefully to make the games better than they are already,” said Mr Maekawa.

The executive stated that while his firm had done a “good amount of research” into jurisdictions outside Macau, it was still coming up with the right products for the new markets it wishes to explore.

“So those are the types of products that we are looking to develop to provide not only to the Philippines, but to the global market,” he added.

The Sega Sammy Creation executive also noted the firm’s ambition to explore North American markets, especially “very competitive” Las Vegas, though he did not state a specific time frame for a launch there of the firm’s products.

“If you want to be a major supplier in the industry, then you would definitely have to look at North America. So we do intend to approach those major markets in the industry,” said Mr Maekawa.

“I don’t think a game that is successful always has to have the newest technology. I think the best strategy a company can make is to have enough product line-up, to be ready for competitive markets,” the Sega Sammy Creation executive responded when asked how the firm would differentiate itself in places such as Las Vegas.

The interests of Sega Sammy Group, the parent of Sega Sammy Creation, include the manufacture of pachinko and pachislot machines for the Japan market, the production of digital home entertainment products and toys for markets worldwide, and the development and operation of theme parks and resorts.

Group-wide, the net profit of Sega Sammy Group for the financial year ended March was JPY27.6 billion, up by five fold compared to to a year ago.

The Pragmatic Play brand, a leading content provider to the iGaming industry, says it has signed a deal to launch its complete slot portfolio on the bet365 online wagering platform. As a result,... END_OF_DOCUMENT_TOKEN_TO_BE_REPLACED