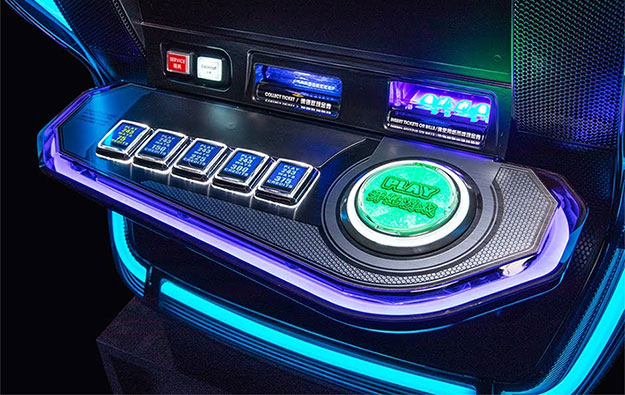 The company said the LED system imitates classic neon lighting to attract the attention of players and reacts to scenes from gameplay. In addition, the cabinet’s play button vibrates in conjunction with the lighting display. Sega Sammy Creation said the lighting sets the cabinet apart from the competition and delivers an “immersive experience”.

The Genesis Star cabinet has dual HD monitors with an integrated touch screen, a control panel designed to decrease a player’s physical stress when pushing the buttons, and a sliding door in the belly for easy access for maintenance. A “diverse” range of themes will be available for the Genesis Star cabinet, including some based on renowned Sega video games, the firm stated.

“This milestone represents a huge opportunity for us to grow our presence in the worldwide gaming market,” said Sega Sammy Creation president and chief executive Hisao Oguchi of the new cabinet.

The company did not specify a release date for the cabinet, other than to say this year.

Deutsche Bank Securities Inc expects the year-on-year rate of decline in the fourth quarter for Macau’s casino gross gaming revenue (GGR) to moderate to 24.8 percent, at the equivalent of just... END_OF_DOCUMENT_TOKEN_TO_BE_REPLACED