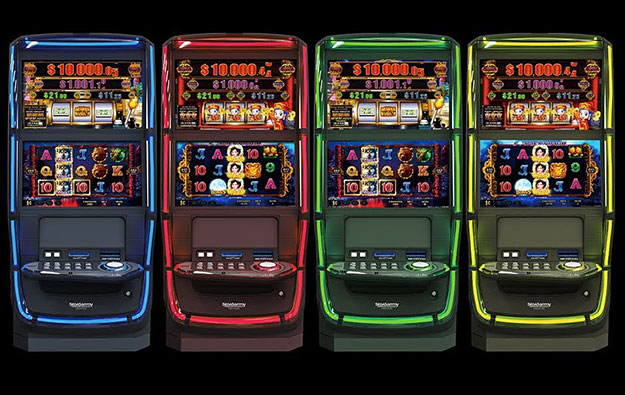 Sega Sammy Creation Inc, a Japanese supplier of casino gaming equipment, says it is beginning deployment of its “Genesis Star” cabinet (pictured) in the United States this month. That follows the product receiving regulatory approval in the U.S. state of Nevada in June.

The firm stated this was the first product it was introducing to the U.S. market.

“The Genesis Star cabinet will provide a rich library, including titles themed on Sega’s iconic games that continue to excite players worldwide,” stated the firm in a Thursday press release.

The cabinet was officially introduced to markets in Asia earlier this year.

The document quoted Scott Winzeler, chairman and chief executive of subsidiary Sega Sammy Creation USA Inc, as saying: “We are excited to introduce our state-of-the-art slot cabinets to Nevada.”

He added: “This milestone represents a huge opportunity for us to extend our presence in the worldwide gaming market.”

In May a Sega Sammy Creation representative told GGRAsia that the firm was looking to expand its footprint in Southeast Asia with new slot machines, and to offer compact formats of electronic table games (ETGs) products that would be suitable for the smaller gaming venues to be found across Asia.

Sega Sammy Creation was founded in June 2013 as part of Japan’s Sega Sammy Group. The parent’s interests include the manufacture of pachinko and pachislot machines for the Japan market, and the production of digital home entertainment products. The group also develops and operates theme parks and resorts.