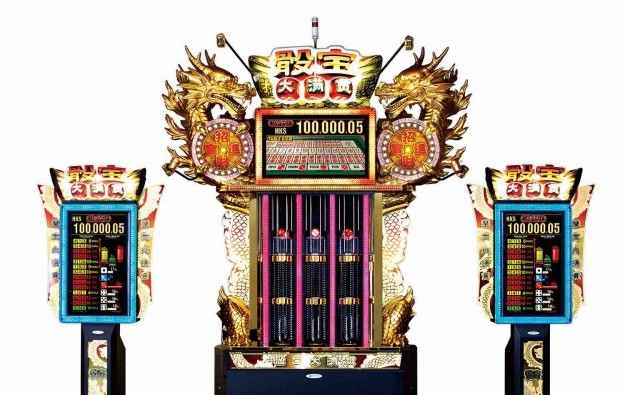 This electronic table game version of a traditional dice game that is popular with Asian casino customers, stands – when taking into account its overhead embellishments – more than 4 metres (13 feet) tall.

The maker said it offers an industry-first “Dice Flotation System”, and is decorated with dragon motifs and colourful LED lights.

Sega Sammy Creation added that the product’s “Table View” button allows a player to view the other players’ bets, and simulates the feel of a traditional live-dealer sic bo table. The product also has a progressive jackpot, which the maker says “brings the excitement of a progressive jackpot win without the need for side bets”.

The company had installed its first Sic Bo Bonus Jackpot cabinet in the Macau market – with a total of 30 playing stations – in 2015 at the Venetian Macao, a property operated by Sands China Ltd.

The group is developing a foreigner-only casino resort – called Paradise City – at Incheon, South Korea, in partnership with local casino operator Paradise Co Ltd. The first phase is due to open in April 2017, and Paradise Co has started recruiting staff, according to recent notes by investment analysts.

China has moved one step closer towards reopening, by relaxing some its Covid-19 control measures, with most infected people now able to quarantine at home rather than in state-sanctioned... END_OF_DOCUMENT_TOKEN_TO_BE_REPLACED