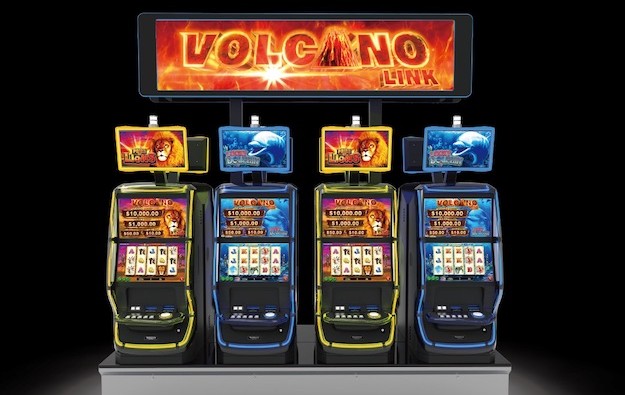 The firm described the product as “the latest in a line of new titles catering to players with a taste for high-volatility game play”.

Sega Sammy confirmed in response to GGRAsia’s enquiry, that eight units of the product had been installed on Thursday (August 20) at the Venetian Macau resort run by Sands China Ltd.

The firm noted in its release that it was increasing its profile in the Macau market.

Masahiro Kurosaki, the firm’s managing director, was quoted in the announcement as saying that with the upped “floor presence” in Macau, it was “important” for the company to “continue to innovate and provide the industry with new features and game themes.”

The executive added: “These new games represent our commitment to providing players and operators with games that bring a new level of excitement.”

The “Volcano Link” series includes the titles “Pride of Lion” and “Lucky Dolphin”. Four units of each title were installed at the Venetian Macau.

During a bonus feature, every volcano symbol appearing on the reels awards a jackpot, bonus or credit prize, said the release.

That bonus feature involves the main and top game screens, and includes volcanic eruption-style animations and sounds. Both titles are said to have elements to give players enhanced opportunities in terms of scale of win.

The Sega Sammy parent has also shown some appetite for investment in a casino resort project in its home market, Japan. It was involved in a request-for-concept phase in the city of Yokohama, and in January identified its own partners for such a tilt. But Sega Sammy has also since then expressed caution on what levels of capital commitment might be appropriate in a Japanese resort scheme.

Up to three casino complexes or integrate resorts (IRs) will be permitted in Japan in a first phase of market liberalisation. Local governments will need to pair with private-sector partners before seeking permission from the national government.

The decision by the Macau government to grant fresh 10-year licences to each of the city’s six incumbent casino operators has been welcome by top management at those firms. Each of the concessions... END_OF_DOCUMENT_TOKEN_TO_BE_REPLACED