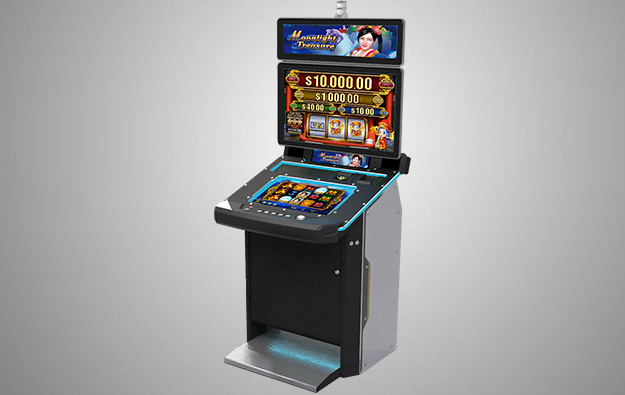 Japanese maker of casino gaming equipment Sega Sammy Creation Inc has introduced a new slant-top cabinet for some of its electronic game products. The company said in a written announcement released on Tuesday that the Genesis Slant cabinet (pictured in an artist’s rendering) could be used for slot machine games and electronic table games.

The announcement added the first Genesis Slant was being installed at Macau casinos this month and that in due course others would be installed in casinos in Macau, elsewhere in Asia and around the world.

Sega Sammy Creation stated it had a range of slot machine games that could be played on Genesis Slant, including “Moonlight Treasure”, which has an Asian theme and a progressive pick bonus, and “Fortune Tiles of Dragon”, a game inspired by mahjong with free games and a respin feature.

“The new cabinet offers a variety of games, and we believe this will help operators build a diverse line-up on the casino floor,” said Sega Sammy Creation president and chief executive Hisao Oguchi.

The manufacturer said the Genesis Slant had a 32-inch full high-definition monitor, a clear-sounding speaker system and a slanted lower screen with simple controls. The cabinet was durable, and easy to clean and maintain, with aluminium panels, the firm added.

Andrew Lo Kai Bong (pictured), a senior executive at Hong Kong-listed casino investor Suncity Group Holdings Ltd, acquired controlling shares in the firm with effect from May 13, according to... END_OF_DOCUMENT_TOKEN_TO_BE_REPLACED