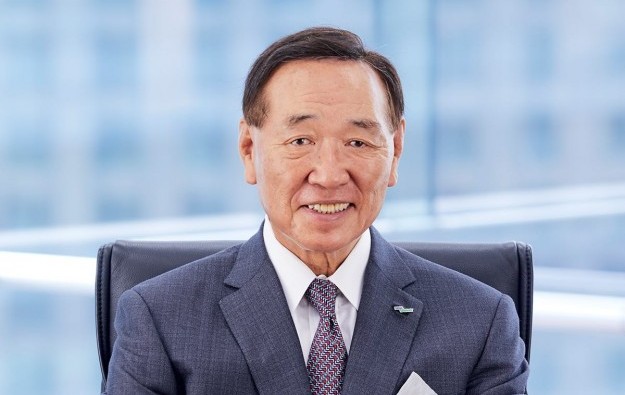 Hajime Satomi, chairman and chief executive of Japanese entertainment conglomerate Sega Sammy Holdings Inc, has played down interest in pursuing a licence for a casino resort in Osaka, showing a potential preference for the Tokyo metropolitan area. As many as three casino resorts will be permitted at yet-to-be determined locations across the country under a first wave of liberalisation.

Mr Satomi (pictured) said that with Osaka being selected to host the World Expo 2025, it is likely that large-scale casino resorts, known in Japan as integrated resorts (IR), “will be developed in conjunction with the event”.

“However … there are still some issues in terms of infrastructure development,” he said. “As we are a Kanto-based company, we intend to keep monitoring the situation for now and think carefully about whether we should actively engage in IR development in Osaka.” Japan’s Kanto region includes the Greater Tokyo Area.

Asked about eventual partners and capital investment for an IR project in Japan, Mr Satomi said Sega Sammy was interested primarily in being a majority owner of any Japan casino project in which it participates.

“Assuming we pursue development in the Tokyo metropolitan area, it is possible that it will be a large-scale project, and we do not know how much the total equity share will be, but… we would like to hold the largest equity share in it,” he stated. “We need to ensure we have that level of investment capability.”

Referring to the actual investment amount required to build such scheme, Mr Satomi said it would depend “on the level of internal rate of return that is set based on the presumed income amount”.

“So, we intend to evaluate the investment-return balance. We will secure the capital required based on this by building up our net cash as well as considering financing activities such as loans,” said the CEO.

Sega Sammy’s management said last month it was seeking the “most appropriate partner” to bid for a casino resort licence in Japan. In a November presentation, the firm said it expected the bidding process for a casino licence to “commence in 2019 at the earliest and in 2020 at the latest”.

“We would prepare for formulating plans in line with such timing,” including announcing partners, said the company at the time.

Sega Sammy had mentioned previously it was “accumulating know-how” in resort management via its investment in South Korean foreigner-only casino resort Paradise City. In the November presentation, Sega Sammy said that 84 of its staff are currently involved in the management of Paradise City, “including 57 who are steadily acquiring expertise on site”.

“Regardless of which operator acquires a domestic integrated resort licence, it will be necessary to hire thousands or tens of thousands of people in Japan,” said the company’s management. “Sega Sammy is developing a framework that will make it possible to fill the majority of skilled positions with Japanese personnel,” it added.

A global shortage of computing microchips is currently the biggest challenge for gaming machine manufacturers, says businessman Jay Chun (pictured in a file photo), president of the Macau Gaming... END_OF_DOCUMENT_TOKEN_TO_BE_REPLACED