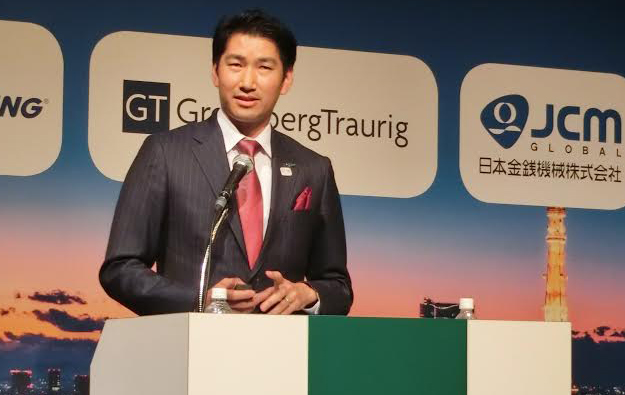 Japan-based conglomerate Sega Sammy Holdings Inc is already in talks with potential international partners regarding forming a consortium to seek a licence for a so-called integrated resort in Japan.

The news was broken by the firm’s president and chief operating officer, Haruki Satomi (pictured), in comments to reporters on Thursday on the sidelines of the Japan Gaming Congress in Tokyo.

“I cannot tell [you] the details or the actual names, but we have been discussing with operators around the world what kind of partnership we could do,” Mr Satomi said.

Several investment analysts covering the gaming sector have suggested that foreign casino operators will have to find local partners to be able to bid for a casino licence in Japan. Those details are yet to be decided and will only be included in an implementation bill, still being drafted.

Sega Sammy is one of the few Japanese conglomerates with exposure to casino operations. It owns a 45-percent stake in Paradise City, South Korea’s largest casino resort – opened in April – via a joint venture with Paradise Co Ltd, an operator of foreigner-only casinos in that country.

Asked if Paradise Co could be one of Sega Sammy’s partners for a potential casino project in Japan, Mr Satomi replied: “We have done so in Korea, but it does not mean that we are going to partner with Paradise in Japan. We are pretty open to [consider] other operators for… a much bigger [project] in Japan.”

Mr Satomi also said that, if selected to develop a casino resort in Japan, Sega Sammy hoped to have a majority stake in the scheme. “We are preparing for it,” he said.

Japanese brokerage Nomura said in a December note it expected “Japanese industrial/entertainment conglomerates to compete aggressively for the two to three expected [casino] licences” in Japan. The institution stated it was likely for any casino project in Japan “to be majority owned by Japanese companies, but there is an important role to be played by experienced international casino companies with design and operating expertise”.

The Sega Sammy executive noted in his Thursday comments that he expected Japanese nationals to be allowed to gamble domestically. “I think that the Singapore model, that is what the government is looking at,” he said.

In a white paper published earlier this month, consultancy Global Market Advisors LLC suggested a potential casino entry levy in Japan to be set at JPY2,000 (US$17.5).

Mr Satomi warned if locals were not able to gamble domestically, that would have a negative impact on the size of the investment firms would be willing to stake for a casino resort in Japan. “If it is going to a be a foreigner-only [casino] in Japan, the investment will be much less than what the government expects,” he said.

The Pragmatic Play brand, a leading content provider to the iGaming industry, says it has signed a deal to launch its complete slot portfolio on the bet365 online wagering platform. As a result,... END_OF_DOCUMENT_TOKEN_TO_BE_REPLACED