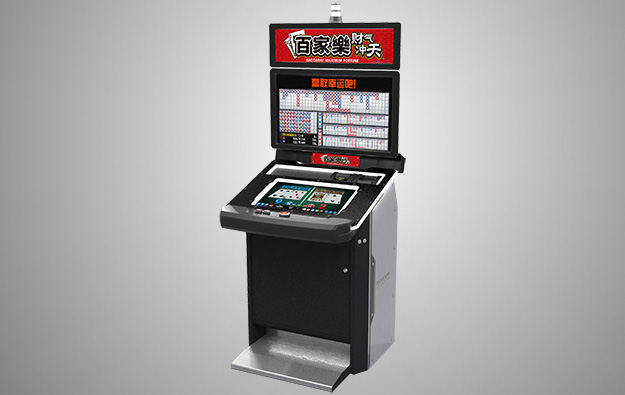 “We are excited to introduce to long-time fans of baccarat, a new style of baccarat, and to also bring in new fans” to the game, said Takahiko Jindo, Sega Sammy Creation vice president, in prepared remarks in a Tuesday press release. It did not mention how many units of the product were installed at the property

“We plan to expand this product in Macau and across Asia this year,” he added, referring to placements.

According to the release, players of the product can view the prior game results generated by the machine immediately, by pressing an “Action Button” during bet time, even if they have not yet personally placed any bets via the device.

Asian baccarat players – who often like to wait for what they perceive as a trend or pattern regarding baccarat game results before making a wager – can then bet via the product “at their desired timing”, noted the manufacturer.

After a bet is placed, and the virtual cards are dealt on the screen, a virtual, digital “card squeezing” function is also enabled, mimicking the action on a live-dealer baccarat table.

Sega Sammy Creation – which supplies equipment to regulated Asian markets including Macau and late last year announced it had been approved as an equipment supplier in the Nevada market in the United States – was established in June 2013, as part of Japan’s Sega Sammy Group. The parent’s interests include the manufacture of pachinko and pachislot machines for the Japan market, and the production of digital home entertainment products. The group also develops and operates theme parks and resorts.

It is likely that Macau will shortly have a third round of citywide centre-based Covid-19 testing in little more than a week, after the results so far of a second mass test – that was due to finish... END_OF_DOCUMENT_TOKEN_TO_BE_REPLACED