Sega Sammy says it has an edge in Japan casino contest 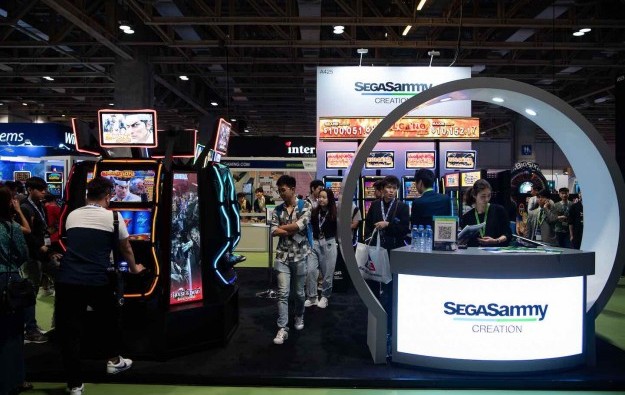 Management at Sega Sammy Holdings Inc, an entertainment conglomerate that is already an investor in a South Korean casino complex, has set out some of the reasons it thinks it will be a strong candidate for a Japan casino permit.

The Sega Sammy group – which also makes casino electronic games, pachinko machines and home entertainment products – published last week a written translation into English of a presentation that the company gave to investors in April, around the time it reported its results for its financial year ended March 31, 2019.

“We adopt a unique position among Japanese companies,” the document said. “We are proud to be the only Japanese company currently aiming to draw up a grand design for a full-fledged resort and [for] entering the integrated resort business in a way that also involves casino operation.

“We believe this to be our biggest advantage,” the translation quoted management as saying.

Up to three Japanese casino resorts will be permitted nationally – at yet-to-be determined locations across the country – under a first wave of liberalisation. Operators from around the world have expressed an interest in operating one of the venues when they open.

In December, Hajime Satomi, the chairman and chief executive of Sega Sammy played down interest in pursuing a licence for a casino resort in Osaka, showing a potential preference for the Tokyo metropolitan area. Locations for such resorts will be determined at a later date by Japan’s national government.

Mr Satomi has previously said Sega Sammy was interested primarily in being a majority owner of any Japan casino project in which it participates. The company’s current collaboration with South Korean casino operator Paradise Co Ltd – via Paradise City, a facility that includes a foreigner-only casino – could be expanded into other areas, the Japanese company has also suggested.

“We are currently working on efforts to form a consortium by increasing the number of companies who endorse our policy described above for submitting a request for proposal in the region. Depending on the situation, we may also partner with operators based overseas,” the most recent statement claimed.

In answer to a question about paying for the casino resort Sega Sammy wishes to build in Japan, the management stated in its latest commentary: “We’ve aimed to enhance our fund-raising capability for participation in the domestic integrated resort business. Therefore we’ve continued to reduce our interest-bearing debt over the past four years and repaid an average amount of JPY20 billion [US$184.13 million] to JPY25 billion per year until now.”

The group added: “On the other hand, we have built our line of credit to between JPY120 billion yen and JPY130 billion, including the case of either a committed line or uncommitted line, as it is necessary to secure a condition in which borrowings can be made for future entry into the integrated resort business.”

It further noted: “We aim to keep JPY300 billion in cash and deposits and the credit line as an account on hand, and we have the prospect to nearly achieve that goal now.”

A casino resort in Yokohama could cost as much as US$12 billion to build, according to information solicited from interested parties and released by the city authorities in May. As many as six of the biggest casino operators in the world – including four with Macau operations – are said to have an interest in a scheme in the city, Japan’s second biggest.