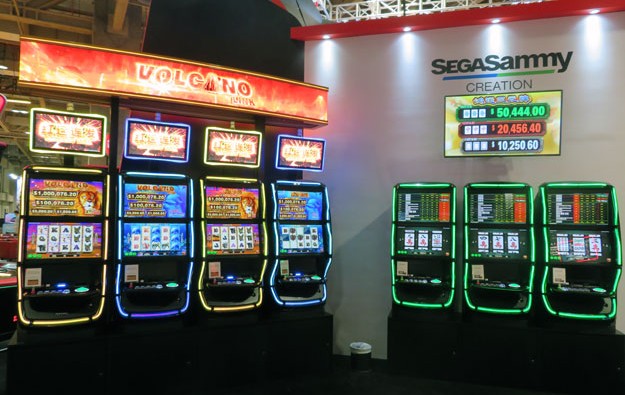 The company has embarked on a plan to expand its footprint in Southeast Asia with new slot machines and smaller electronic table game (ETG) machines.

“We expect to release two new games early next year … and two ETGs – for roulette and sic bo – in the first quarter or early second quarter of next year,” Mr Kurosaki told GGRAsia.

The sales executive said the company has already submitted one link game for approval with Macau’s Gaming Inspection and Coordination Bureau, a body also known as DICJ.

The second link game is to be submitted to DICJ’s approval in December, he said, adding that two ETGs are “currently pending approval”. “These products will be released as soon as we get DICJ’s approval,” he added.

Mr Kurosaki was speaking to GGRAsia during the MGS Entertainment Show 2019, a casino trade exhibition and conference held in Macau from Tuesday to Thursday.

Sega Sammy Creation launched last year a standalone product called “Baccarat Maximum Fortune”, which has already been installed in some Macau casinos. According to the company, one of the features – still pending approval – of the product allows players to view the prior game results generated by the machine immediately, by pressing an “Action Button” during bet time, even if they have not yet personally placed any bets via the device.

Asian players – who often like to wait for what they perceive as a trend or pattern regarding game results before making a wager – can then bet via the product “at their desired timing”, noted the manufacturer.

The company plans to make available the quick results display function in the other two standalone products – “SicBo Maximum Fortune” and “Roulette Maximum Fortune” – to be introduced to the market next year, according to company information.

The gaming equipment supplier said in September it had installed its first video slot machine games in a Macau casino property, namely the mahjong-inspired “Fortune Tiles of Dragon” and “Moonlight Treasure”.

While these new products will soon be available in the Macau market, Mr Kurosaki said Sega Sammy Creation is now eyeing other markets, “such as the Philippines, Vietnam, Cambodia and Malaysia”.

“We’ve already reached deals to install some of our products in those markets, which should happen soon in the Philippines; hopefully by the end of the year,” stated the executive.

Mr Kurosaki said Sega Sammy Creation’s decision to develop smaller products has proved to be beneficial for the business, as it allows the company to install its machines in smaller gaming venues across Asia and provide a “variety of products to different markets”.

“Our multi-station ETGs have been placed mainly in larger casinos due to their large size, but with the introduction of smaller versions and standalone types, we are able to provide our games to small and medium-sized venues,” said the executive.

The Pragmatic Play brand, a leading content provider to the iGaming industry, says it has signed a deal to launch its complete slot portfolio on the bet365 online wagering platform. As a result,... END_OF_DOCUMENT_TOKEN_TO_BE_REPLACED