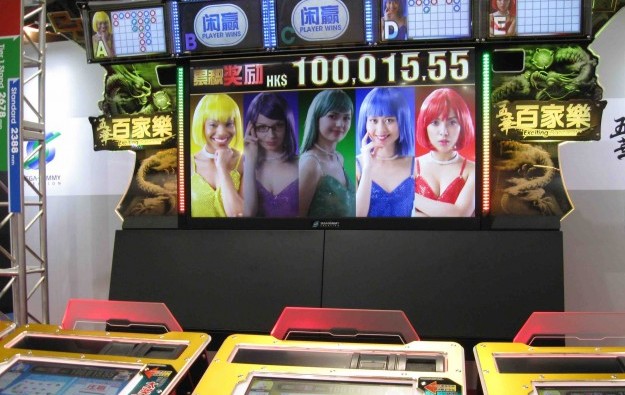 “We are confident that our baccarat machine is the best in the world,” Sega Sammy Creation president and chief executive Hisao Oguchi told GGRAsia.

The product is currently waiting for approval from Macau’s casino regulator, the Gaming Inspection and Coordination Bureau.

Exciting Baccarat is fully automated. Along with a standard baccarat game, it offers a side bet feature that allows players to achieve higher payouts, according to Sega Sammy Creation.

Mr Oguchi said one of the selling points of the game was the “stunning visual effects”, including “eye-catching ‘squeeze’ effects”. The latter aim to replicate the card ‘squeezing’ by casino players that usually takes place at live baccarat gaming tables in Asia.

Exciting Baccarat players can select their electronic dealer from a group of five ladies. The game also provides historic data on the latest results, as many Asian players like to chase patterns in baccarat.

Exciting Baccarat is the second product release by Sega Sammy Creation, following ‘Sicbo Bonus Jackpot’. The latter had its first installation – in the casino at Venetian Macao – last year.

Sega Sammy Creation was established in 2013, but the Sega Sammy Group has decades of experience in consumer and arcade games.

Sega Sammy Creation is a subsidiary of Japan-based Sega Sammy Holdings Inc. The parent firm is an investor in the foreigner-only casino resort Paradise City, in Incheon, near South Korea’s capital Seoul. The scheme broke ground in 2014 and is a joint venture project with South Korean casino operator Paradise Co Ltd.

Mr Oguchi said one of the next steps for Sega Sammy Creation would be to unveil a standalone electronic gaming machine. He did not provide details.

“We’ve already started to design kind of [a] standalone machine, so we will be able to increase our original product [offering],” he stated.

Macau is currently the only market where Sega Sammy Creation products are available to players.

“We have not expanded to any other market yet, we concentrate on Macau,” Mr Oguchi said. He added that in 2016 the firm would be focused on increasing its footprint in the Macau’s casinos.

Sega Sammy Creation was established with an initial focus on supersized products. Mr Oguchi said that was part of a strategy to attract casino player attention and to add new entertainment elements to the overall gaming experience.

“I want to change ordinary casino floors to spaces where people can be offered extraordinary experiences,” he said. “I think gaming machines make it possible.”

Mr Oguchi added: “To build entertainment that casino fans can enjoy… we need to develop gaming machines [with] two features: ‘visual impact’ and ‘simplicity of use’. So our original products [have a] massive scale.”

More than 500 people are still inside the Grand Lisboa casino hotel after the complex was locked down on Tuesday by the local authorities, said an official during a Wednesday afternoon briefing on... END_OF_DOCUMENT_TOKEN_TO_BE_REPLACED