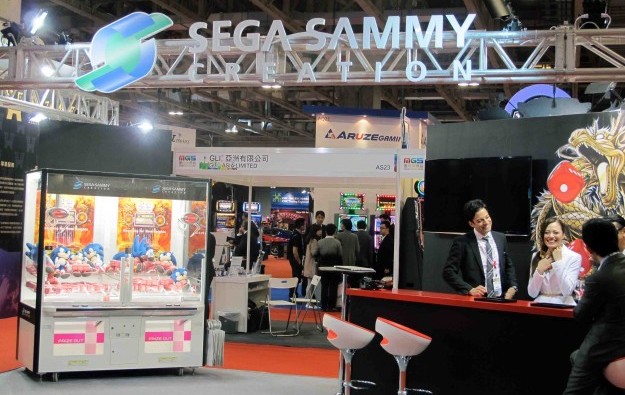 Mr Satomi added that such experience would set the brand in good stead for its strategy of investing in other “growth businesses” including a bid for a casino resort in Japan. The group’s earnings have traditionally been in pachinko, pachislot and home entertainment, although it also has a casino electronic games operation called Sega Sammy Creation Inc. The latter is expected to take an active role in developing casino games especially for the Japan market.

Group chairman Mr Satomi stated Sega Sammy Holdings was interested primarily in being a majority owner of any Japan casino project in which it participates. In that country, such schemes are known as “integrated resorts” or IRs.

“I want the group to hold the majority of [such] projects and develop businesses in a broad range of fields with casino operations as the central focus,” wrote the chairman in his foreword to the recently-published group annual report.

The chairman noted, referring to Japan casino liberalisation: “After the selection of operators and areas, we expect that the realisation of commercial operations will become possible around 2024.”

He added: “At present, we are laying the foundations for participation by accumulating know-how through Paradise City and other resorts, establishing financial resources, and conducting multifaceted investigation and analysis.”

He further stated: “If we can realise participation and build successful businesses, it will open up a wide range of possibilities for the group going forward, including the expansion of businesses in the global market using the know-how gained from such successes.”

Paradise City opened to the public in September the second stage of its phase one development. The new amenities include a shopping mall, a boutique hotel, a spa, a club, a film studio, a family entertainment compound and an art gallery.