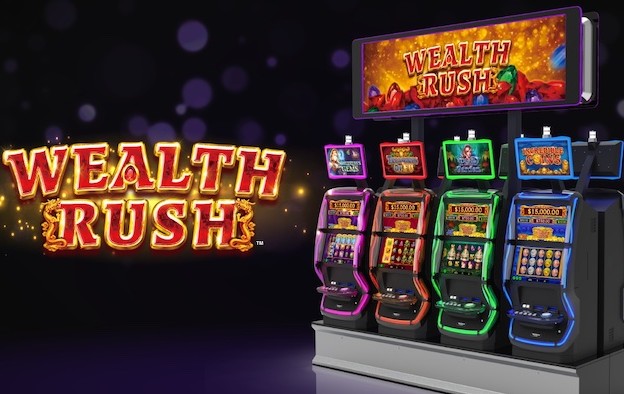 Casino equipment supplier Sega Sammy Creation Inc says product from its “Wealth Rush” series of slot machines will be installed “this year in major casinos in Macau,” followed by other “Asian gaming markets”.

The Monday release from the company, a unit of Japanese entertainment conglomerate Sega Sammy Holdings Inc, did not mention a date for the product’s arrival on Macau gaming floors. It also did not give details of the venues receiving it, nor state the number of product units involved.

It described Wealth Rush as offering a progressive style of jackpot, adding it had “multi-denomination link capabilities and four base games, providing operators with maximum customisation for structuring machine banks to meet player demands”.

Treasure of Fu includes a hold and spin feature that involves stacked ‘wilds’ on the leftmost reel, moving one reel to the right, per spin.

“The feature continues as long as there are stacked wilds on the reels and multiple stacks can lead to big wins,” stated Sega Sammy Creation.

The company has been expanding its footprint in Southeast Asia with new slot machines and smaller electronic table game machines.

The decision by the Macau government to grant fresh 10-year licences to each of the city’s six incumbent casino operators has been welcome by top management at those firms. Each of the concessions... END_OF_DOCUMENT_TOKEN_TO_BE_REPLACED