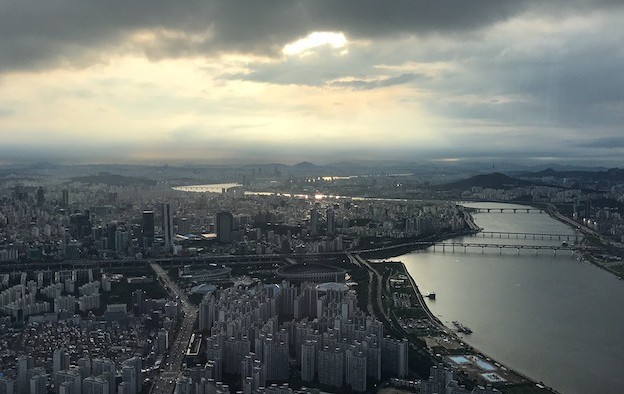 South Korea has imposed so-called “Level 4” social distancing rules – the toughest under that country’s system – to the Greater Seoul area (pictured) including Incheon, until 12am on August 9, amid what has been termed a fourth wave of Covid-19 infections.

Level 4 requires the casinos located in the affected area – all foreigner-only venues – to ensure each gaming operation’s maximum daily guest capacity is no more than 30 percent of the pre-pandemic norm.

The upped alert level – announced on Friday and starting on Monday – has not so far led to any suspension of casino operations, according to GGRAsia’s enquiries.

Paradise City at Incheon, a resort with foreigner-only casino near South Korea’s main airport, announced online on Monday afternoon that a person subsequently identified as a “Covid-19 confirmed case” had stayed in its hotel accommodation on July 22. But the online notice said the country’s quarantine authority had said there was “no problem” in terms of ongoing use of the hotel accommodation and the resort as of Sunday afternoon. The notice did not mention whether the infected person had visited Paradise City’s casino.

The national government announced on Sunday that it would raise to “Level 3” from “Level 2” social distancing rules applicable to most areas outside Seoul, and the higher level would be in effect until 12am on August 9.

In terms of impact on casino operations, “Level 2” and “Level 3” are the same: a maximum daily guest capacity of 30 percent with no time limit on operations.

Kangwon Land, the only casino resort in South Korea permitted to offer bets to locals, will maintain its current daily 1,800-guest maximum capacity. The resort’s location, Jeongseon county, has been permitted to maintain Level 2 social distancing rules under an “exception clause,” a Kangwon Land representative stated in response to GGRAsia’s telephone enquiry on Monday.

According to a Jeongseon county representative, an “exception clause” is available to any county outside the Seoul area that has a population under 100,000. It gives the county concerned the discretion to opt either for Level 2 or Level 3 distancing, between now and August 9.

The local government on the South Korean holiday island of Jeju has had Level 3 in place since July 19.

The Jeju government is semi-autonomous, and has a regulatory system for its foreigner-only casinos, that is specific to the island.

Representatives of Jeju Dream Tower and Landing Casino respectively stated to GGRAsia on Monday that recently their average volume of daily guests had been below the permitted maximum.

Some Macau casinos visited by GGRAsia on Thursday, actually had tables that were closed, notwithstanding strong consumer demand during Chinese New Year (CNY). The reasons for some tables being... END_OF_DOCUMENT_TOKEN_TO_BE_REPLACED